Today, we are kicking off this 5-day Trailer Blast for Liana Gardner's 7th Grade Revolution! We are thrilled to reveal the book trailer! Plus, we have an exclusive excerpt to share too! So... Check it out and grab your copy now!!! 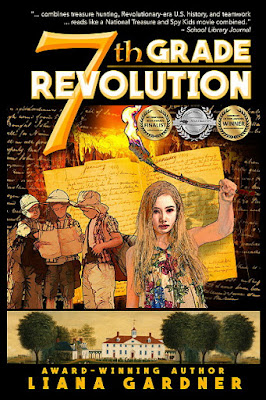 Synopsis:
WHEN UNEARTHING A NATIONAL TREASURE BECOMES A NATIONAL INCIDENT

Dennis Alexander: Washington Academy Middle School promises to be another in the long line of boring schools he has been expelled from.

Rhonda Snodgrass: Although trained from childhood in survival tactics, she tries to stay off the radar of the “cool” kids who think she’s weird.

7th grade turns out to be anything but normal when teachers announce the students’ bloodless revolution succeeded and they are now in charge. After conducting a secret-ballot vote on policy, the 7th graders emerge to find the school evacuated and the FBI lurking outside with the task of unearthing a treasure of national importance.

The students’ mission is clear—discover the treasure before the FBI locks down the building. Dennis and Rhonda lead the revolt and must work together to follow century-old clues left by a crazy Revolutionary War buff.

To stay one step ahead of the FBI, they must delve into history and amass an arsenal to defend their school … because this is WAR

*Excerpt*
A ghostly moaning carried to them across the water, along with clanking chains.
Selena smacked Spencer’s shoulder. “Knock it off. This isn’t time for any of your stupid pranks.”
Spencer shook his head. “It’s not me. I swear.”
Dennis believed him because he wouldn’t have had time to set up something so elaborate and he’d lost his cocky attitude.
Selena raised her finger and stuck it in Spencer’s face, but before she had a chance to say a word, more chains rattled followed by even louder moans.
Brooke squealed and scuttled backward until she hit the wall surrounding the grotto, hard. Stones cascaded down as the wall behind her crumbled from the impact. She held her head where she’d banged it.
Brooke sagged against the wall causing it to disintegrate a bit more. A bony hand flopped out onto her shoulder. She screamed.
“Get it off me. Get it off.” She bounced on the balls of her feet.
Spencer ran to Brooke and lifted the skeleton hand, but it was caught in Brooke’s hair. “Stand still for a minute so I can get it untangled.”
Dennis joined Spencer and helped pull the strands of hair from the joints. Behind Brooke’s head, a skull was partially visible. How long had the poor guy been walled up in the cavern lake? Well, he didn’t know guy or girl, but one thing was sure—this wasn’t some prank.
Copyright © 2018 by Liana Gardner

Praise for 7th GRADE REVOLUTION
"7th Grade Revolution is a thrilling and engrossing ride through past and present based on real events in North Carolina. Though technically a middle grade book, I feel readers of all ages will enjoy this novel. Trust me, you won't want to put it down." ―Tracy Riva, Midwest Book Review

"... a stunning new Middle Grade novel that is part historical fiction, part action adventure mystery, and all around fun. Featuring a cast of wacky, interesting kids I was hooked on page one and enjoyed every twist and turn of the creative plot. Gardner is a writer to watch." ―Dan Elish, Award-Winning Author of BORN TOO SHORT: The Confessions of an Eighth-Grade Basket Case

"... an exciting, smartly written book filled with adventure, intrigue, and history in a modern school setting. Luke Spooner's accompanying art is simply spot on. I can't wait for my daughter to read this, and there's no higher compliment than that." ―Mercedes M. Yardley, Bram Stoker Award-Winning Author of Little Dead Red

So, I arrived home earlier today to find your book on my front porch and I have just come up for air, realizing that I haven't even eaten since I picked it up. (It's 11:00) I don't even know where to begin. Should I start with the dedication that brought me to tears? The first time I saw my name as the teacher and I gasped? (I really had forgotten that you had said you would use my name!) The fact that the beginning of the book is so very reminiscent of the real thing? The illustration toward the end when I saw myself? All of those things were beyond my expectations, but what I really want to say is that the book held me captive from beginning to end. You captured the middle school mind perfectly, showing their insecurities as well as the amazing strength that is just below the surface. Bravo! It is a wonderful book and I can see it being used during a study of government as a class read. The illustrator is also superb. I could go on and on. (I also am really amazed at how you captured me as a teacher ... how did you do that?) So thank you, thank you, thank you! I loved every part of this book and I am so very proud, as I said earlier, to have had any part in it. ―Karen Rectanus, Exploris Middle School

**About the Author**
Liana Gardner is the award-winning author of 7th Grade Revolution and the Misfit McCabe series. Daughter of a rocket scientist and an artist, Liana combines the traits of both into a quirky yet pragmatic writer and in everything sees the story lurking beneath the surface. Engaged in a battle against leukemia and lymphoma, Liana spends much of her time at home, but allows her imagination to take her wherever she wants to go. She fostered her love of writing after reading Louisa May Alcott’s Little Women and discovering she had a great deal in common with the character Jo. The making up of stories, dramatic feelings, and a quick temper were enough for her to know she and Jo would have been kindred spirits. Liana volunteers with high school students through the International Trade Education Programs (ITEP). ITEP unites business people and educators to prepare students for a meaningful place in the world of tomorrow. Working in partnership with industry and educators, ITEP helps young people “think globally and earn locally.” 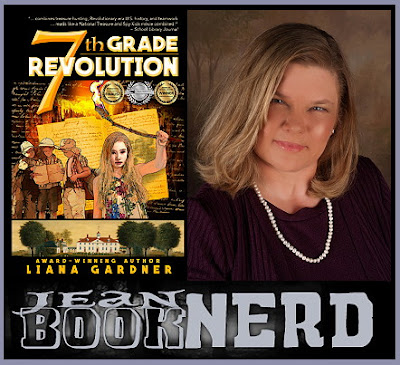 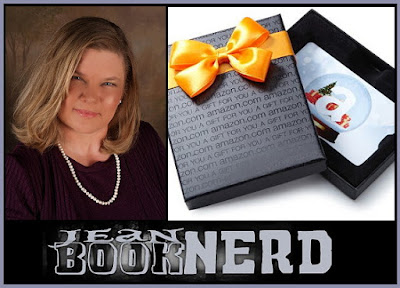 Giveaway Is Open Internationally
Note: Not Responsible for Lost & Damaged Prizes in Your Mail Box
a Rafflecopter giveaway
Trailer Blast Organized by