We are thrilled to kick off this 7-day Book Blitz celebrating the release of The Viking's Captive, book 2 in the Clan Hakon series, by Quinn Loftis!!! Today happens to be the book birthday of The Viking's Captive! With that said, we celebrate this release with an exclusive excerpt AND a blitz-wide giveaway! So... Check it out and grab your copy now!!! 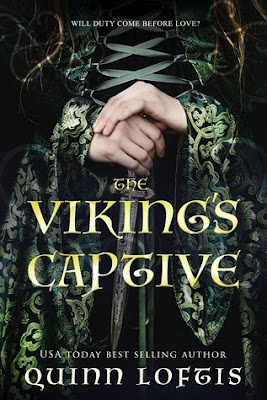 Will duty come before love?

Two worlds collide in this epic historical fiction centered on an undeniable chemistry that smolders against the odds. Richly written and injected with moments of humor, this action-packed romantic tale will leave you breathless.

Two days had passed since Magnus had captured me and my sister and tossed us onto the ship that had become our personal hell. I never knew men could smell so bad or that I could hate singing with such a passion. I mean, damn it all, who in the bloody hell had taught these men those songs?


“Ugh!” Dayna groaned. “Do they ever shut up?” She was lying on the cot that doubled as her bed, hands covering her ears, but it was no use. It was as if the crew knew how much we hated the singing and sang louder for the sole purpose of torturing us.


Hilda shook her head. “They believe their singing keeps away the sirens.”


“Sirens?” I asked. “You mean they really believe there are women who live in the sea and lure men from their ships into the depths?”
She nodded. “Some swear they’ve seen it happen. Mind you, they wouldn’t tell you about the barrel of ale they drank before they saw it happen.”
“If they’re so scared of these sirens, then why do they ever bother to sail at all?” Dayna asked.
“Because when the jarl says to do something, his men obey—sirens or no,” Hilda answered. “Someone has to be in charge. Someone has to lead. Unfortunately, our current leader doesn’t always have the clan’s best interests at heart.”
“That’s why Torben needs to take over,” I said. It wasn’t a question. I felt a sense of urgency and worry flow through me, and it wasn’t my own. I knew I was sensing Torben’s emotions, as if speaking his name had somehow stoked the power of the bond between us. I’ll admit it was comforting to be able to feel him, but, at the same time, it made me long for him to be there with me.
“It takes a strong person to lead, and not just physically, though that’s certainly part of it among the Northmen. The clan follows the man who’s proven himself by besting challenges to his claim of leadership. Magnus, crazy as he may be, is still a skilled swordsman. And he doesn’t fight fair, so he’s going to win by any means necessary. My people don’t see that as a negative thing. A true leader must be strong of both mind and body. The Vikings see Magnus’ tactics as cunning, using every resource available to him.”
“And you believe Torben can kill Magnus?” Dayna asked.
Hilda smiled. “Without a doubt. Torben is destined to rule. And now that he has his other half, the prophecy can be fulfilled.”
There was a commotion above, and the singing stopped. Praise all that is holy, I thought.
“Land ho!” a man yelled.
“Land!” Dayna and I yelled at the same time. I considered kissing the dirt when my feet touched down on the earth again. If I learned nothing else on the voyage from England to… wherever our captor had taken us, it was that I was not meant to be on the ocean. Dry land, with firm ground beneath my feet, that was my home.
“Let’s go and see where the mad jarl has taken us,” Hilda suggested as she stood and walked to the ladder.
We followed her up to the deck and found the crew was scurrying about like ants defending a recently kicked-over hill. They ran to and fro, tossing tools and pulling ropes. But I noticed a rhythm to their scrambling. It almost seemed like a dance on the deck of the ship. Each man knew his own steps, and somehow, they managed to keep from running over one another.
I finally lifted my eyes up from the organized chaos to see the land that had caused all the commotion. There was nothing significant that stood out. I shivered as I stared at the beach directly ahead of us. It was only then that I noticed the temperature outside was much cooler than when I’d last been on deck. At least I knew the direction we’d travelled. North.
“Do you know where we are?” I asked Hilda.
“Hmm… brown sand resting in front of a thick, impassable forest… yes, of course. I know exactly where we are.
“Really?”
“No, of course not. I’m a seer, not a cartographer. One beach looks like another.”
Dayna laughed. “I want to be like you when I grow up.” 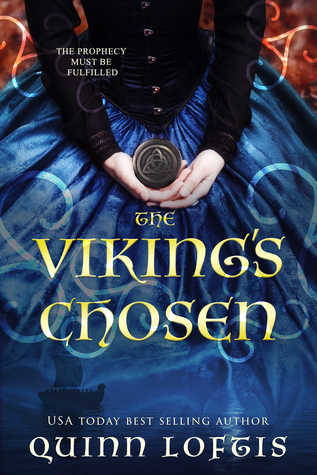 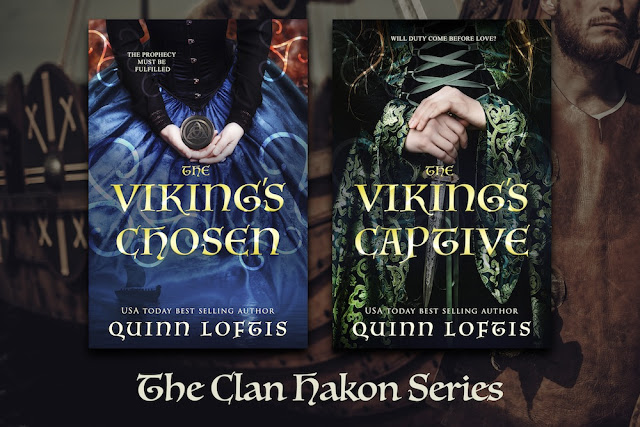 Quinn Loftis is an award winning author who lives in beautiful Western Arkansas with her husband, two sons, Nora the Doberman, and Chewy the Cat who thinks he's a dog. She is the author of 17 novels, and 2 novellas, including the USA Today bestseller, Fate and Fury. Quinn is beyond thankful that she has been blessed to be able to write full time and hopes the readers know how much all of their support means to her. Some of her hobbies include reading, exercising, crochet, and spending time with family and friends. She gives all credit of her success to God because he gave her the creative spirit and vivid imagination it takes to write.