Today, we are thrilled to kick off this 5-day Nerd Blast + Giveaway for John Carpenter's Tales of Science Fiction: The Standoff by Sandy King & John Carpenter!!! Check it out and grab your comics now!!! 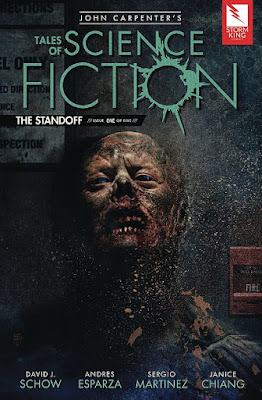 Synopsis:
Tattersall Prison. Max lock. The baddest of the bad. Until something from the night sky crashes into the complex, trapping cons and guards on the inside, cops on the outside, and the escapees in-between. All of the threatened by a hideous invader who needs to take over nice, warm human bodies. It's a hostage situation. It's a battle between species. It's the Earth's most serious standoff.

"It shares plenty of common ground with Hellblazer and even Robin Furth and Peter David’s Dark Towerseries, adding in its own intriguing blend of fatalism and Catholic guilt. With the odd flourish of light relief to temper the weird, Asylum is the best horror comic you’ve never read." ―Starburst magazine

PURCHASE ALL STORM KING COMICS, JUST CLICK THE BANNER BELOW.
GET SOME EXCLUSIVE SIGNED COPIES BY
THE AMAZING SANDY KING CARPENTER AND JOHN CARPENTER

FANTASTIC NEWS BOOK NERDS!!
We have something Amazing coming your way! Sandy King and John Carpenter will SIGN any comics ordered during the duration of the NERD BLAST.
Starting AUGUST 20th until 11:59 PM (PST) on SEPTEMBER 14th.

All you have to do is CLICK the BANNER above and write NERD BLAST on your payment and your copy will be SIGNED by Sandy King and the LEGENDARY John Carpenter.
Don't miss your chance, this offer will not last long.

**About the Author**
SANDY KING IS AN ARTIST, WRITER, FILM PRODUCER AND PRESIDENT OF STORM KING PRODUCTIONS. With a background in art, photography and animation, Sandy King’s filmmaking career has included working with John Cassavetes, Francis Ford Coppola, Michael Mann, Walter Hill, John Hughs, and John Carpenter. She has produced films ranging from public service announcements on Hunger Awareness to a documentary on astronaut/teacher Christa McAuliffe, and major theatrical hits like John Carpenter’s Vampires. From working underwater with sharks in the Bahamas to converting 55 acres of New Mexican desert into the vast, red planet of Mars, new challenges interest and excite her. The world of comic books is no exception. It allows her to bring her art and story telling experience to a new discipline with an expanded group of collaborators. She is married to director John Carpenter and lives in Hollywood, California. 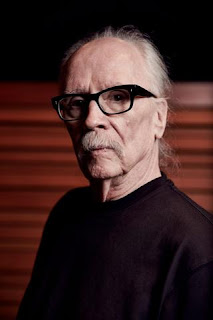 John Carpenter is an American film director, screenwriter, producer, editor and composer. Although Carpenter has worked in numerous film genres, he is most commonly associated with horror and science fiction films from the 1970s and 1980s. 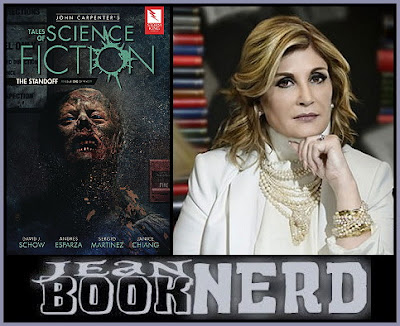