BLOG TOUR: Blood Will Out by Jo Treggiari

Welcome to the Official Blog Tour for Blood Will Out by Jo Treggiari! Today, on our tour stop, we have an exclusive excerpt AND a cool tour-wide giveaway to share! So... Check out all the tour festivities and follow the tour, HERE! Grab your copy now!!! 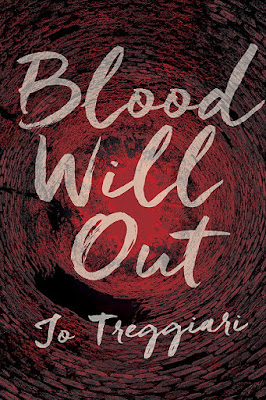 Synopsis:
Ari Sullivan is alive—for now.She wakes at the bottom of a cistern, confused, injured and alone, with only the shadowy recollection of a low-pitched voice and a gloved hand. No one can hear her screams. And the person who put her there is coming back. The killer is planning a gruesome masterpiece, a fairytale tableau of innocence and blood, meticulously designed.Until now, Ari was happy to spend her days pining for handsome, recent-arrival Stroud Bellows, fantasizing about their two-point-four-kids-future together. Safe in her small hometown of Dempsey Hollow. But now her community has turned very dangerous—and Ari may not be the only intended victim.

Which would kill her first? The concussion? Probably not, since she was still upright and ambulatory. Starvation? She could go a couple of weeks probably before she had to eat her fingers. But thirst? “Oh yeah, dehydration,” she said. “That’ll take me out in a few days.” A crazed laugh escaped her lips. How long had she been down here already? She was parched. She licked a brick. It tasted like moldy cheese. She could drink her own urine—she knew it was sterile from some survivor TV show—but she had nothing to collect it in.
Her head wound had stopped seeping, and the ooze of blood glued her hair against her scalp just above her ear. She scratched at it. The lump on the back of her head had already shrunk down. Pressing it felt like a bad bruise, like something she might sustain from falling on hard ground. But the serious deep wound by her ear? How had that happened?
Something clicked into place like a key in a well-oiled lock. She’d been lying on her back when she came to. The ground beneath had been cold, very cold, all her body heat leached away into the soil. So she’d been lying there for a long time. And now she remembered hearing a voice, low-pitched, the words a distorted buzz, and seeing a thick length of metal, a pair of smooth black hands—gloves? leather? rubber?—then a shock of excruciating pain in her skull, a sharp shove against her chest, and she’d been falling. She recalled the silhouette getting smaller and smaller and then the dull thud as she hit the ground. She must have fallen boneless, close to unconsciousness before she even landed.
She blindly felt for the wall and sank down against it. The terror came howling back, wiping her mind of everything but one question: Who? She was suddenly breathless; her heartbeat juddered in her ears. Her hands were lumps of ice.
Who would do that to her? Who was crazy enough?

**About the Author**
Jo Treggiari was born in London, England, and raised in Canada. She spent many years in Oakland, California and New York, where she trained as a boxer, wrote for a punk magazine, and owned a gangster rap/indie rock record label. Her novel Ashes, Ashes, a YA post-apocalyptic adventure published by Scholastic Press, was a multiple award nominee and bestseller. Her acclaimed novella Love You Like Suicide, appeared in the Fierce Ink Press anthology Becoming Fierce: Teen Stories IRL and as a limited edition of the long-running zine Cometbus. Her most recent YA is Blood Will Out, a psych-thriller, published by Penguin Teen (2018). She has a second yet-to-be-named thriller coming from Penguin in the summer of 2019. 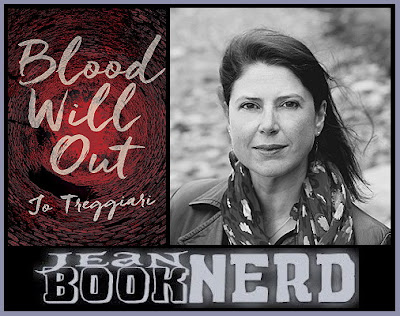