Welcome to the Official Blog Tour for Wendy Higgins' Unknown Trilogy!!! From New York Times and USA Today bestseller Wendy Higgins comes a frighteningly realistic apocalyptic America brought to life, entwined with searing romantic tension that will leave you eager for more. Undone, the third and final book in the Unknown Trilogy, is now available! So... Check out all the tour festivities and grab the Unknown Trilogy today! 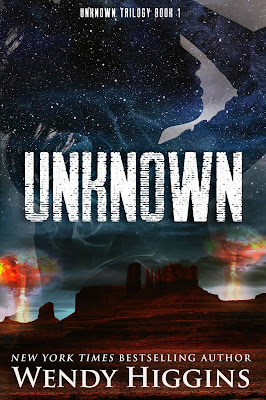 Synopsis:
Amber Tate believes the worst thing she’ll suffer in life is dealing with the unrequited love she feels for her brother’s best friend, Rylen Fite. She also believes war is something unfortunate that happens places far, far away from her rural Nevada town. She’s wrong on both counts.

When an unknown organization meticulously bombs major cities in the United States and across the globe, a trickle-down effect spreads to remaining towns at an alarming speed—everything from food and water sources to technology and communications are compromised. Without leadership, the nation is split between paralysis and panic, but Amber isn’t one to hide or watch helplessly. She’s determined to put her nursing skills to use, despite the danger, even if it means working alongside the man she can never have.

In this first installment of NY Times bestselling author, Wendy Higgins’ debut New Adult series, a frighteningly realistic apocalyptic America is brought to life, entwined with searing romantic tension that will leave you eager for more. 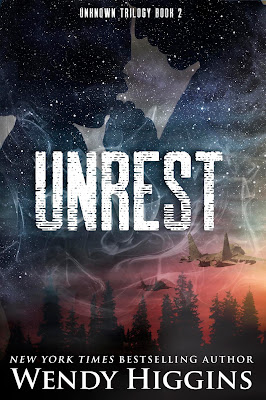 Synopsis:
Being on the run in the desert means food and sanctuary are hard to come by, but Amber Tate and her crew are not about to give up. Not after having so many of the things they love brutally ripped from them by an unknown enemy who sent their world into the apocalypse.

Survival takes precedence, but once safe shelter is found, their guards fall and the emotions they’ve been holding in are finally released. Anger, insecurities...lust. In their tight quarters, Amber, Rylen, Tater, and Remy can't escape it. The past must be faced, and passions run even stronger in the darkest of times.

In the midst of unrest, their worlds are rocked again when they discover the truth about the war that’s ruined their lives. They thought finding out the enemy's identity would give them the edge; instead it’s revealed terrifying dangers they never thought possible.

*Excerpt*
I lay my head on his shoulder and barely registered the gentle bouncing of his steps up the stairs and down our hall. A minute later I felt him touch my butt, pulling my key from my back pocket. He kicked the door closed behind us and set me on the bed. I started to snuggle down, then shot to my feet, disoriented, as I remembered this bedtime was being forced upon me. I stumbled toward the wall. He caught me by the middle of my shirt, holding the material in his fist, and walked me backward until I was against the wall.
“Relax,” he said. “You’re all right.”
Our aloneness tightened around me like a bubble of hyperawareness.
“Ry,” I whispered. My hands went to his biceps, warm and solid. He closed his eyes and opened them again slowly.
“You’ve probably said enough for tonight,” he whispered back.
He was trying to shush me. I shook my head, and it was like slow motion, as if I my skull were rocking back and forth on a ship.
“I’ve lot mores to say.” I could hear the slur in my words, the ridiculousness of my lack of control, but I focused on Rylen’s pursed, full lips and a sensation of desire overrode the amusement.
He let go of my shirt and put his hands loosely on his hips. “You need to go to bed.”
“No.” I poked him in the hard chest and leaned forward too fast. I pressed both palms to his chest to balance myself. “God, Rylen” I said, feeling the contours of his pecs and watching my hands as I explored. It took a great deal of effort to lift my heavy head and look into his tired eyes. The comfort of that bluish gray tint was something I wanted to nestle down into. I rose up on my toes and moved my face close to his. So close, I could feel his breaths against my own lips.
“Pepper.” Rylen took both my hands from his chest and brought them back down to my sides, putting me firmly back on my feet.
“I love you,” I said softly.
“I love you, too.” His voice was that of a man trying to appease a child. “Now, let’s get you to bed.”
“Don’t,” I said too loudly. I pulled away from his grip and brought my hands up to his neck. This time when I looked at him I felt him soften under my touch. I rose up on my toes again, touching our noses, and he wrenched his face to the side.
“Pepper, seriously.”
“Please,” I begged.
He took my arms and brought them down again, this time holding my wrists at my sides. God, he made me so mad!
“You…” I searched my addled brain. “You’re a…”
“Don’t finish that sentence.”
“You’re a clit tease!” I shouted.
His eyebrows flew up and then he chuckled deeply. His mouth went to my ear as he pressed me into the wall and said, “I assure you, I’m not.” A shiver made me press my pelvis upward toward his. His own hips jolted backward at the touch and he hissed my name in warning. “Amber…”
“Kiss me,” I breathed.
He pulled back, and his face was guarded. “You’re drunker than I thought.”


I flung his hands from my wrists, feeling frustrated as the weight of years’ worth of emotions pressed down on me. I was sick and tired of not being taken seriously by this man. 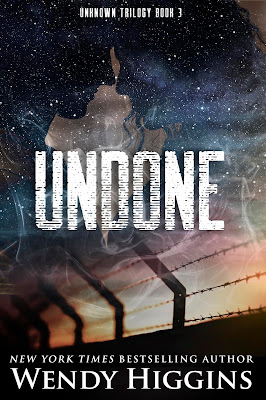 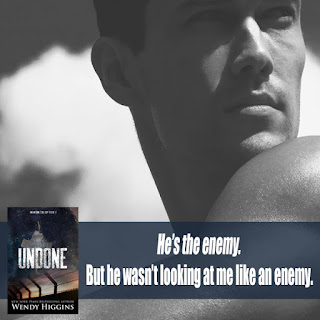 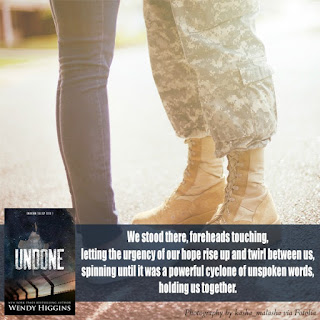 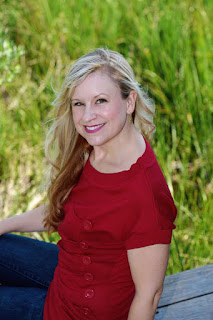 Wendy Higgins is a soccer mom and backstage drama mama. Most people in her tiny bayside town don't know she's a USA Today and NYT bestselling author of paranormal, fantasy, and science-fiction romances. Wendy is a former high school English teacher who now writes full time in her pajamas, and lives on the Eastern Shore of Virginia with her veterinarian husband, daughter, son, and little doggie Rue.