We have an exciting Sneak Peek to share with you of Katee Robert's The Devil's Daughter, the firsts book in the Hidden Sins series! In today's sneak peek, check out this exciting excerpt! Preorder your copy today!

FBI agent, Eden Collins is going home... to catch a killer.  Fans of Audrey Harte’s It Takes One and Kendra Elliott's Bone Secrets series, will devour The Devil’s Daughter, the fast-paced and suspenseful first book, in the Hidden Sins series by NYT and USA Today Bestselling Author Katee Robert.

Synopsis:
Growing up in a small town isn’t easy, especially when you’re the daughter of a local cult leader. Ten years ago, Eden Collins left Clear Springs, Montana, and never once looked back. But when the bodies of murdered young women surface, their corpses violated and marked with tattoos worn by her mother’s followers, Eden, now an FBI agent, can’t turn a blind eye. To catch the killer, she’s going to have to return to the fold.Sheriff Zach Owens isn’t comfortable putting Eden in danger, even if she is an elite agent. And he certainly wasn’t expecting to be so attracted to her. As calm and cool as she appears, he knows this can’t be a happy homecoming. Zach wants to protect her—from her mother, the cult, and the evil that lurks behind its locked gates. But Eden is his only key to the tight-lipped group, and she may just be closer to the killer than either one of them suspects…

*Excerpt*
“Martha.”
Her mother’s eyes lit up and she half pushed to her feet. “Eden. I admit, when Abram told me you were back in town, I could hardly believe it.”
“I’m not back.”
Her smile dimmed, and Eden called herself an idiot ten times over for wanting to do something to bring it back. Manipulation, that’s all it is. Martha motioned to the cups in front of her. “I got your favorite.”
There was nothing else to do but take the empty seat and get this over with. She took a sip—sweet with lots of cream—and didn’t bother to tell Martha she’d switched over to drinking her coffee black a few years back. It would serve no purpose, and her entire goal was to get out of here with the least conversation possible.
“It’s been a long time.”
She shifted, not sure how to take the searching look her mother was giving her, as if she was trying to memorize Eden’s features—or, possibly, was comparing them to the ones she’d had ten years ago. What was there to say? I hated the life you created and forced me into, so I left. You won’t change, and neither will I. This will never be what you want it to be. She couldn’t force the words past her closed throat, so she took another drink of coffee.
Martha hesitated, and then mirrored the motion. “A lot is different from when you were last home.”
Not nearly enough, she’d wager. But if her mother was offering information, she’d be a fool not to get everything she could from Martha. “Oh?”
“Our community has grown. It’s flourishing.” She gave a small self-deprecating smile. “But, then, you didn’t come back to talk about Elysia. How have you been?”
Over the years, she received phone calls from Abram, demanding information at odd times in that quiet terrifying way of his. He never asked more than a few questions, and she never offered more than strictly necessary for those forced check-ins—whatever it took to get him off her back. She didn’t want to now, either. “I’m still working for the government.” Safe enough to admit, since her mother already knew about it.
Sure enough, Martha’s lips thinned. “The FBI.”
“Using the skills I learned from you.” She knew better, but she couldn’t help the dig.
“I’m sure I have no idea what you’re talking about.”
Of course she didn’t. Because Elysia most certainly wasn’t a cult. Right. She didn’t roll her eyes, but it was a near thing. “You might like to pretend otherwise, but I know for a fact that Elysia has been on the FBI watch lists for years, so you’re not fooling everyone.”
“Eden Magdalene, you might be a woman grown, but that doesn’t mean you can take that tone of voice with me.”
Or speak too many truths, apparently. Eden stared at her coffee cup, suddenly exhausted. “I don’t suppose you know anything about a photograph showing up in my email yesterday?” It had all the hallmarks of one taken for an official police investigation, but that didn’t explain how it had found her. She’d had a friend in the tech department try to trace it, but it had been routed through several IP addresses before disappearing into the Internet-ether. Call her paranoid, but her first instinct was that her mother had something to do with it. How was the question, though.
Martha cocked her head to the side, frowning. “I’m not sure what you’re speaking of.”
Of course she wasn’t, though Eden was at a loss to decide if that was truth or because she didn’t want to admit to somehow being the leak in a murder investigation. She sighed. “What am I doing here, Martha? You know very well we couldn’t sit in the same room without going for each other’s throats when I was eighteen, and it would seem nothing’s changed since then.”
“I want what I’ve always wanted, baby. I want you to come home.”
There’s no home for me to come to, not now. Not ever. No matter how much I wish that wasn’t true. She cleared her throat. “I—” Think. Think fast. A hard no would just have Martha digging in her heels, and she wasn’t sure yet if Zach would change his mind. “I’ll think about it.” The lie rolled off her tongue with the ease of long practice. She wasn’t going back. She’d set herself on fire before she willingly walked through the gates of Elysia and put herself under her mother’s control again. The only reason she was here was to make sure no other girls turned up dead.
“It would mean so much.” Martha’s smile brightened, and a traitorous part of Eden brightened in response. It was how it always was with her mother. She rarely had to take the stern role when she could manipulate much more effectively with a soft word and a particular look. And when that wouldn’t work? Well, she wasn’t above getting her hands dirty, either.
Did you do it? Did you see that girl killed?
Eden couldn’t ask. The sheriff had already refused her help, and she’d have to be a special kind of stupid to go investigating on her own. There was nothing she could do without the power of the law on her side. If she tried…
Well, if she tried, there were plenty of unmarked graves in Elysia. What was one more? 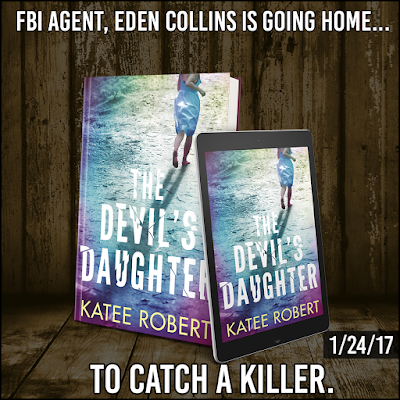 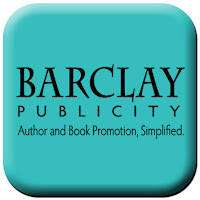