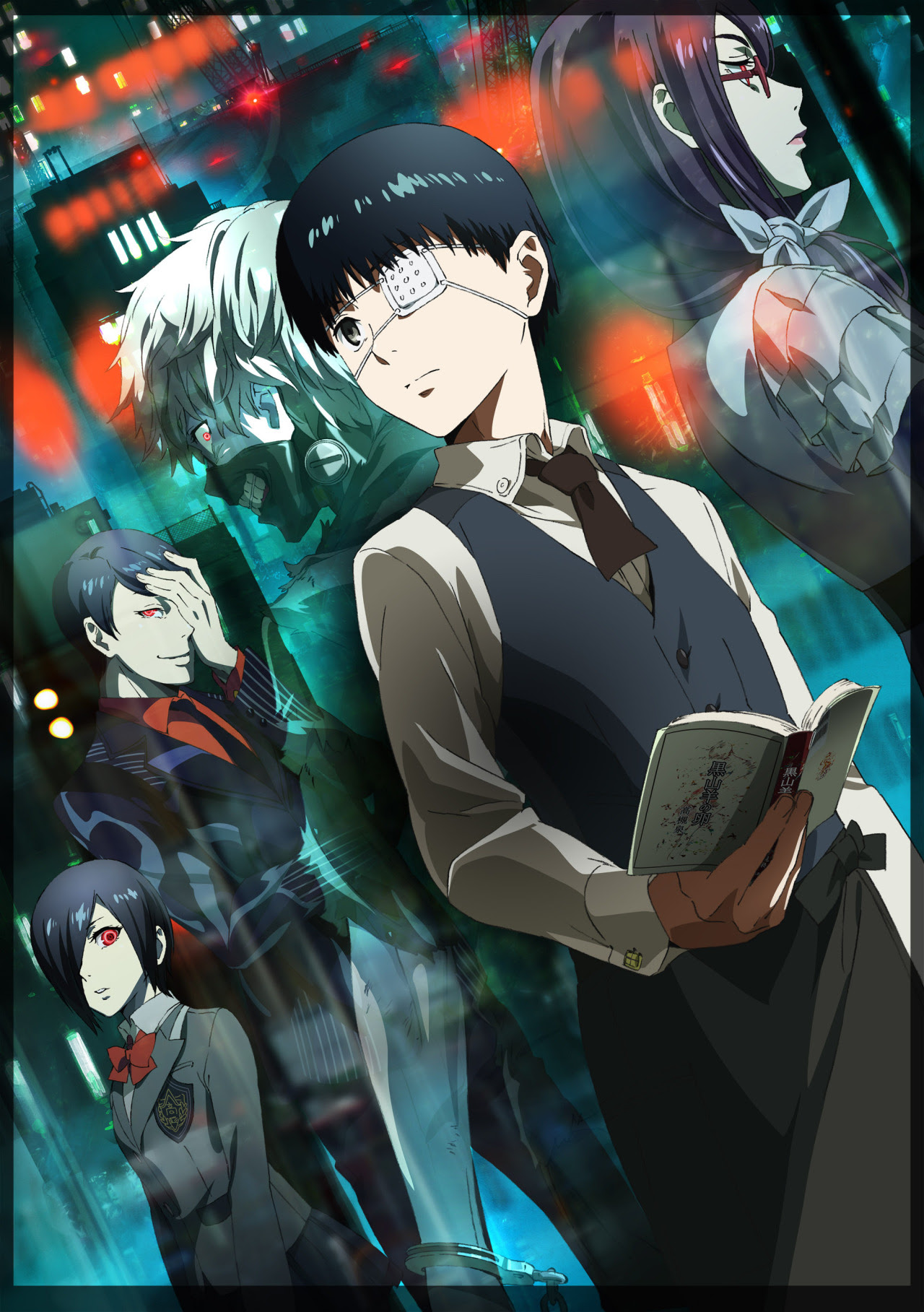 Plot Summary:
Tokyo has become a cruel and merciless city—a place where vicious creatures called “ghouls” exist alongside humans. The citizens of this once great metropolis live in constant fear of these bloodthirsty savages and their thirst for human flesh. However, the greatest threat these ghouls pose is their dangerous ability to masquerade as humans and blend in with society.
Based on the best-selling supernatural horror manga by Sui Ishida, Tokyo Ghoul follows Ken Kaneki, a shy, bookish college student, who is instantly drawn to Rize Kamishiro, an avid reader like himself. However, Rize is not exactly who she seems, and this unfortunate meeting pushes Kaneki into the dark depths of the ghouls' inhuman world. In a twist of fate, Kaneki is saved by the enigmatic waitress Touka Kirishima, and thus begins his new, secret life as a half-ghoul/half-human who must find a way to integrate into both societies.

Animations is nothing to scratch at nowadays unless you’re trying your hand at 3D or CGI; Tokyo Ghoul follows with lovely details and pattern-like colors (meaning the picture isn’t flat like 90s’ animation). At first Tokyo Ghoul was just a manga that was passed along as scanlations through several sites but to me it made a sudden boom in popularity after the anime was released last year. It escalated quickly in terms of introducing Kaneki to the ghoul world that was literally in front of his face. The anime lacks much character development compared to its’ manga influence and all reoccurring characters are introduced by name and face only. The relationships are rather shallow other than, “We’ve known each other for a while already,” and it seems like the events pass by in a matter of 2 weeks. A time skip appeared because it was blatantly stated but that’s explored more in Tokyo Ghoul √A of the anime series. While the Tokyo Ghoul anime looks great with intense fight scenes, I think it could have done better with more support and a longer run time therefore creating a deeper story, more thought out characters, and a more emotional ending (all of this not including √A).