We are absolutely thrilled to bring to you this Cover Reveal for Elizabeth Kirke's Wrought-Iron Roses, book two in the Curse Collectors Series! 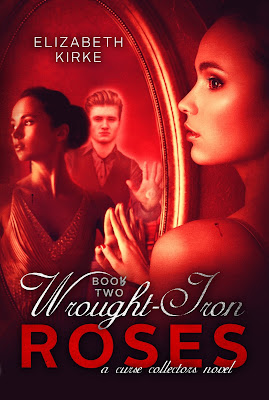 Synopsis:
Mure
Sisters Rachel, Angie, and Jo may have survived their first encounter with a curse, but hundreds more are lurking within their aunt's antigue shop.

Naet
It isn't fair to Jo that she has no magic, but her sisters both do. She feels useless and left out. Worse yet, she knows that she's a liability. She would leave... but, something in the shop is calling to her, reaching out ... and she won't leave until she finds it.

Ail
Every night, Angie's dreams are haunted by a man who claims he was cursed, and she's the only one who can save him. When she starts to get sic, Peter and her sisters are sure the cause is her mysterious dreams. How can they convince her that the person she's determined to help could be the one killing her?

Eles
Rachel never expected to get a magic power and a boyfriend when she inherited the antique shop. Better yet, she's actually good at curse-breaking. It seems as though she's found exactly what she was meant to do. But, when a curse strikes two people she cares about, Rachel is faced with the harsh truth that she might only be able to save one. 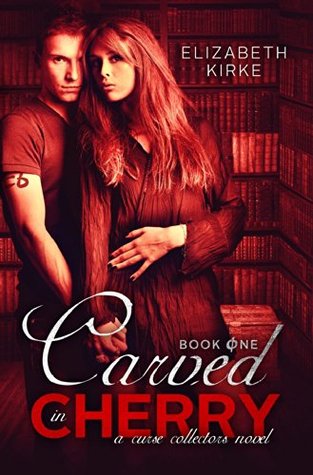 Synopsis:
One thing set Lydia Shaw and her store apart from the other antique shops in town... Lydia's collection was plagued by curses, and it was her duty to break them.

Rachel, Angie and Jo knew nothing about their aunt's secret life. In fact, they didn't even know she owned an antique shop, until they inherited it. Unfortunately for them, Lydia passed down more than just her store. The sisters are the proud new owners of countless deadly curses buried under centuries of dust. Lydia also left behind her apprentice, Peter. He does everything he can to protect the girls, as they explore their new store, unaware of the dangers it hides. In spite of his efforts, Rachel finds herself obsessed with opening a strange trunk, Angie has vivid dreams, haunted by a man who claims he needs her help, and Jo's imagination starts to run wild.

When one of them falls victim to a curse, it's up to Peter and her sisters to save her. But, if Peter can't teach them to wield a magic, that he barely understands himself, she'll be the first one to die.

Elizabeth Kirke wanted to be an author she even knew what an author was. She used to say that she wanted to be an artist, but that was only because she was too young to write and had to tell stories with pictures instead. She hasn't stopped writing since she learned how. It wasn't long before she dreamed of becoming an author and couldn't be happier  now that that dream is a reality.

Like most slightly-nosy, avid readers, Elizabeth can't resist trying to catch a peek at books she sees people reading when out in pubic to see if she can figure out what it is. While doing just that one day, she realized that it would probably be the coolest-thing-ever if she caught a complete stranger reading one of her books. That's her new dream.