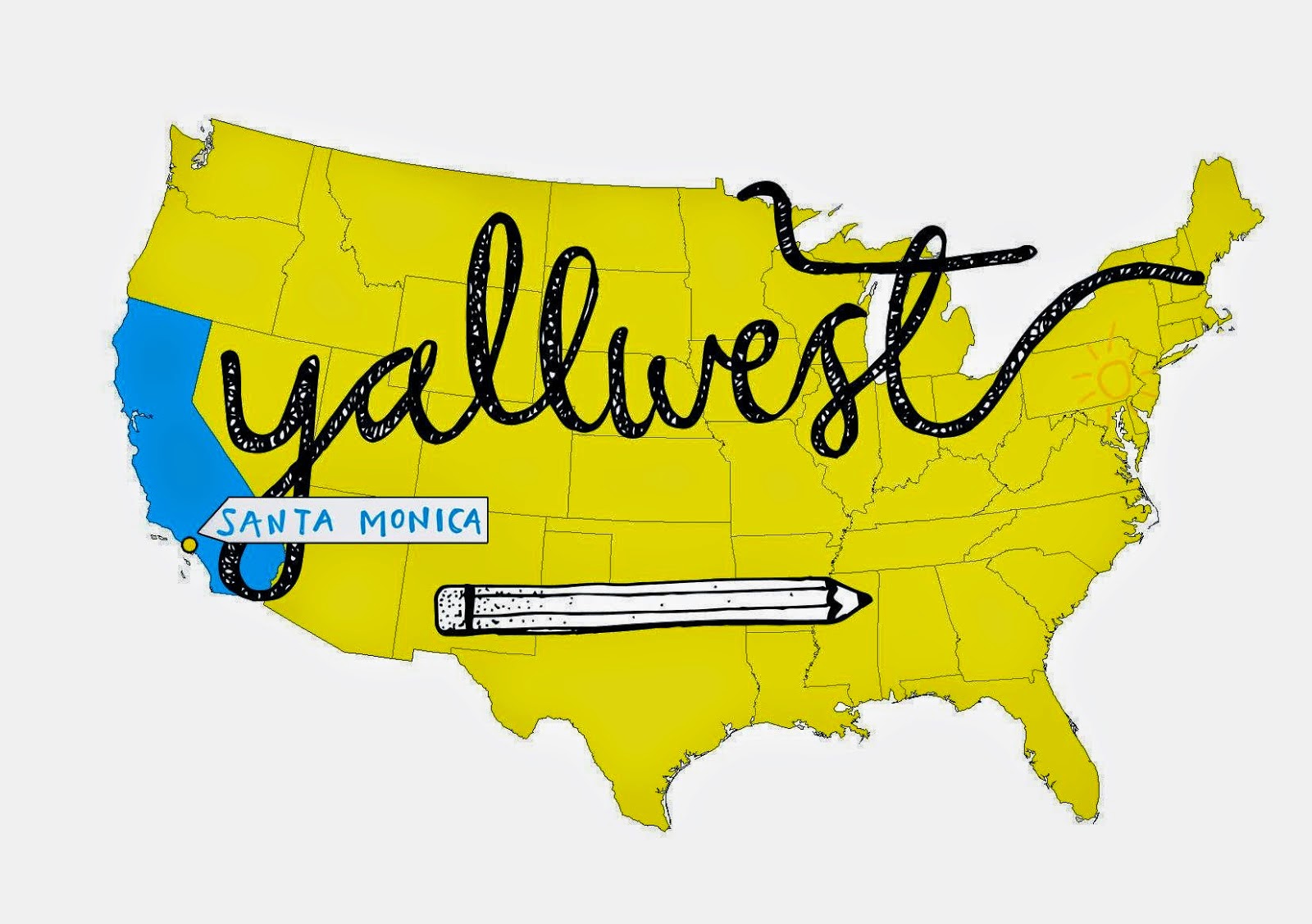 Well, this past weekend of April 11-12, 2015 was filled with fun and excitement, especially for booknerds of all ages. Yes...YA is NOT just for teens...haha! Many adults, including me, read YA. So...what was all the excitement about!?! Well, let me tell ya, the creators and organizers of YALLFEST created and organized this sister festival for the west coast, better known as YALLWEST! Yes, west coasters...we get to have one, too! Just like YALLFEST, the weekend was filled with panels, games, prizes, food, books, and amazing authors!

For more info on YALLFEST

What is YALLWEST about!?! Well, let me tell you, it's two days (a whole weekend) of panels, book signings, photo ops, games, entertainment, food, and tons of booknerd and nerdy indulgence. Yup, I would call it indulgence for the mere fact that book fans enjoyed a WHOLE weekend with their favorite authors!

After all that fun, I am already all too excited for next year! :)

For more info on YALLWEST

The first day of YALLWEST was held at the Santa Monica High School where tons of fun awaits! Kicking off this exciting festival was The Morning Keynote: Ransom Riggs Talks Big. But, alas, I ended up missing this cool panel since I was in line for the Veronica Roth book signing. I was bummed, but I was absolutely NOT going to miss it since I missed her signing last year at the L.A. Times Festival of Books...haha! However, the ever so cool Kristen of Recently Acquired Obsessions for her attending this panel and taking notes.

What was discussed? Of course, this weekend was officially declared YALLWEST weekend. Founder of YALLWEST, Margaret Stohl, deemed mayor of this amazing event. Then, Ransom Riggs goes into the frequently asked questions he gets at many events. Here are many points in his background in becoming a writer:

- He knew he wanted to become a writer, but did not know what to write
- He focused on film school, writing screenplays
- For a time, he was a blogger for Mental Floss, which led to working for Quirk Books
- in search for a desk at the Rose Bowl swapmeet, instead he finds a guy selling vintage photographs; hence, the start of his collecting these photographs
- the collecting of these vintage photographs "fired up" his imagination which then led to his Miss Peregrine novels

Whoa! Just reading these notes, I know I missed out on a fun panel. But,
c'mon, I seriously was not going to miss out on a book signing...lol! I already knew that the line for Veronica Roth was going to be long. No way, no how I was going to miss her...again! Haha...

Day 1 was an extremely busy day filled with book signings with a bunch of cool authors. Well, that's pretty much what took up most of my day. I had to make that decision between panels and book signings....and book signings won! For the most part, I spent my day in line for book signings for Veronica Roth, Richelle Mead, Kass Morgan, and Andrea Cremer! A factor in my decision between book signings and panels was the signing schedule...some authors were only signing one day, not both. Moreover, I was not alone on this mission of getting books signed. Many book fans waited in the long lines and endured the beating sun just for the chance to meet and chat with their favorite authors.

It wasn't a total miss with the panels though... After all the book signings I set out on obtaining, I, along with several fangirl friends, was able to go to the final panel of the day... Smackdown & Tiger Beat! Yup! This last panel was filled with so much fun as all these amazing authors gathered to close out the night with author juvenalia, a game of Taboo with Veronica Roth and Leigh Bardugo, and a game of author Hollywood Squares! Filled with fun and laughs, book fans enjoyed an evening with favorite authors. To add to all that excitement, the night ended with the amazing performance of Tiger Beat, the all YA author cover band featuring authors Libba Bray, Daniel Ehrenhaft, Barnabas Miller, and Natalie Standiford!

After all the hilarity, we were treated with a performance by Tiger Beat! But, before they hit the stage, Margaret Stohl announced the keynotes for the upcoming YALLFEST! Yes, we heard it first at YALLWEST!

On to Sunday! The second day of YALLWEST was held at the Santa Monica Public Library. This time, Sunday wasn't as chaotic as Saturday...haha! Nevertheless, the excitement still filled the air as many book fans lined up outside of the library parking lot for the first book signings of the day...and I was among them waiting to line up for our favorite and new authors. Of course, it was a sunny, beautiful day for this exciting event. We were definitely in for another day filled with exciting panels, giveaways, photo ops, and book signings!

While in line for the Epic Reads booth...I spied a fun panel with the following authors: Cindy Pon, Jennifer Niven, Jessi Kirby, Leila Howland, Maria Dahvana Headley, Aaron Hartzler, Jessica Brody, and Katie Alender! This panel was moderated by Veronica Roth and Brendan Reichs! Totally hilarious as these bestselling authors read their own writing when they were teens. Oh the imaginations of these authors...too funny! That's why we love them so much...and their books...haha!

In line with friends for this! Epic Reads was giving away advanced readers copy of Robyn Schneider's upcoming novel Extraordinary Means. And, yes, Robyn was on hand to sign these ARCs...bonus!

Even with all these exciting panels, this second day of the festival was pretty laid back. No which way I turned, authors were everywhere...haha! We were all too happy to run into them and get some photo ops in. Oh yeah! Photo ops...haha!!!

View the full album of Day 2

Here's some more fun I had at YALLWEST!

Oh Yeah! We had a blast!

All in all, the first annual YALLWEST was filled with so much excitement and fun that booknerds of all ages enjoyed! I totally enjoyed all the face time with several of my favorite authors! Yes, YA is NOT just for teens. Readers of all ages can enjoy a good read from these YA books, just as much as New Adult and Adult books. I, myself, do not focus on just one...I enjoy reading a variety of books...if the synopsis/summary is interesting, then I will read it. Oh the joys of the imagination..and these amazing authors achieve that in their writing! This is why I attend and enjoy book festivals like this! I am already excited for next year's festivities!

'Til next year YALLWEST!!!

Posted by Jasmine Albitos at 11:31 AM