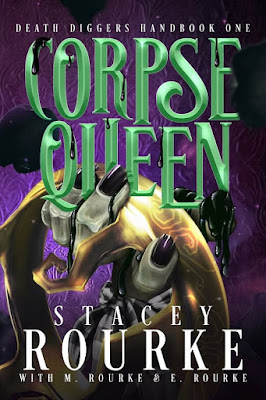 Genre:
New Adult
Paranormal/Epic Fantasy
Series:
Death Diggers Handbook, #1
Publish Date:
April 23, 2021
Cover Designed by:
The Illustrated Author Design Services
Synopsis:
With the king gone, the veil fell.
Thrusting Carnage Crossing into a fresh hell.
A city of the dead. A town built by demise.
Torn apart by the livings’ whim to exorcise.
The lineage was tracked and followed to a royal heir.
The fact she had a pulse a shocking affair.
Whisked through death’s door with grisly splendor,
Her reign will begin when ties to the past sever.
Yet secrets slither in with a venomous bite,
Threatening to destroy all when they come to light.
Will the truth revealed bring peace to the dead?
Or unleash the Corpse Queen to come for your head? 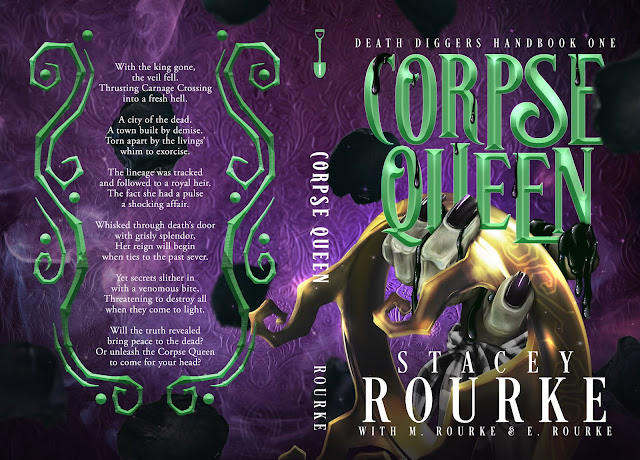 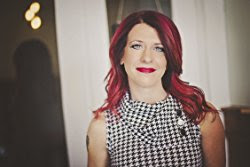 RONE Award Winner for Best YA Paranormal Work of 2012 for Embrace, a Gryphon series Novel
Young Adult and Teen Reader voted Author of the Year 2012
Turning Pages Magazine Winner for Best YA book of 2013 & Best Teen Book of 2013 Readers' Favorite Silver Medal Winner for Crane 2015Stacey Rourke is the author of the award winning YA Gryphon series, the chillingly suspenseful Legends Saga, and the romantic comedy Reel Romance Series. She lives in Michigan with her husband, two beautiful daughters, and two giant dogs. She loves to travel, has an unhealthy shoe addiction, and considers herself blessed to make a career out of talking to the imaginary people that live in her head.
Stay connected with Stacey Rourke

~~~~~
*My Thoughts*
Note: This review contains NO spoilers
Wow... What a macabre and entertaining tale. Corpse Queen emits such an eerie tale of a young woman's destiny in the afterlife. With the author's descriptive writing, she paints the vivid setting in which these characters live their "afterlives." So rich in description and character development that gives this story a chilling detailed introduction to the series. Just enough told of each character that made for individual and unique personalities which gave for an enchanting and ghoulish world.
Stacey Rourke's expressive storytelling always piques my imagination. Her knack to whisk readers away into the worlds and characters she creates makes for the captivating and wonderous narratives she tells. And now, she has written a story of a world after death in Corpse Queen.
What an end to this first book in the Death Diggers Handbook series! Whoa! I didn't expect that... Well, not really... Well, maybe I was somewhat surprised. Yeah, when I think more about it, my reaction at the turn of the last page was "No way!", "What the...!?!" 😲 But, to end in a cliffhanger... Ugh! 😖 It definitely made my "jaw drop"... Whoa! What else lies ahead for the Corpse Queen?!? Well, we will just have to see in the following books to come.
My rating:

Posted by Jasmine Albitos at 1:54 PM