Today, we are kicking off this 5-day Nerd Blast for Gregory Funaro's Watch Hollow!! To kick off this author spotlight, we have a book trailer AND cool giveaway to share! Plus, take a look at all the praises this  historical fiction got! So... Check it out now and grab your copy now!!! 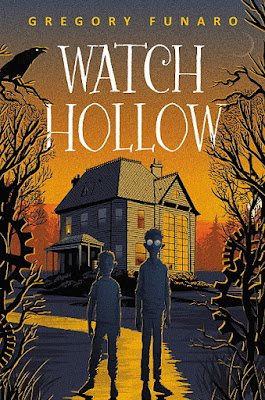 Synopsis:
Deep within the enchanted woods in the town of Watch Hollow stands the once-grand Blackford House, whose halls hold a magical secret: a giant cuckoo clock that does much more than tell time. But when the clock’s gears cease to turn, an evil presence lurking among the trees begins to come out of the shadows.

When Lucy and Oliver Tinker arrive in Watch Hollow, they have no idea that anything is wrong. A mysterious stranger has made their father an offer that’s too good for him to refuse. All Mr. Tinker needs to do is fix the clock at Blackford House and fistfuls of gold coins are his to keep.

It doesn’t take long, however, for the children to realize that there is more to Blackford House than meets the eye. And before they can entirely understand the strange world they’ve stumbled into, Lucy and Oliver must join forces with a host of magical clock animals to defeat the Garr—a vicious monster that not only wants Blackford House for itself, but also seeks to destroy everything the Tinkers hold dear.

“A well-wound tale of good versus evil.” ―Kirkus Reviews

“The magically sentient house, creeping woods, and resident monster establish the story’s shivery Gothic feel, which will more than satisfy readers in search of a pleasantly scary read.” ―Bulletin of the Center for Children’s Books

“There is magic, there is good and evil, and there is love all woven into a suspenseful and entertaining mystery. A well-crafted story that should be a hit with readers who enjoy a a good scare.” ―School Library Journal (starred review)

**About the Author**
Gregory Funaro grew up in Cranston, Rhode Island, and wrote his first story, The Ghost in the Window, in the fourth grade. He considers this to be his finest work, but unfortunately it has been lost to time. His first book for Disney-Hyperion, ALISTAIR GRIM'S ODDITORIUM (2015), was a New York Times best seller and an Amazon Best Book of the Month. His other works for children have received starred reviews from Kirkus, School Library Journal, and ALA Booklist. Check out WATCH HOLLOW, the first book in his series for HarperCollins, as well as its sequel, THE ALCHEMIST'S SHADOW, coming in 2020. Greg also teaches drama at East Carolina University, and is busy working on his next novel. 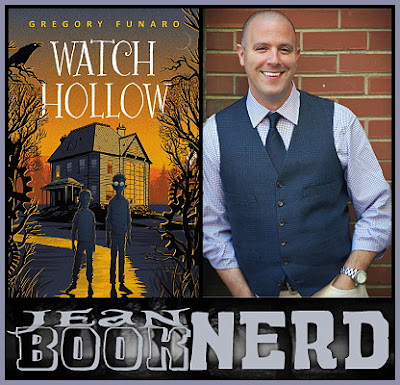