Welcome to the Official Blog Tour for Shana Silver's debut YA novel, Mind Games! Today, on our tour stop, we have a guest post to share featuring the Top 10 Favorite Quotes from Mind Games! Plus, we have a tour-wide giveaway to share, too! So... Check it out and grab your copy now! Don't forget to follow the tour, HERE! 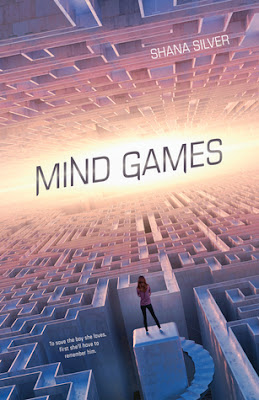 Synopsis:
A teen programmer at a school for geniuses must join forces with a boy she can’t remember to stop a hacker from deleting their memories in Shana Silver’s action-packed YA debut, Mind Games.

Arden sells memories. Whether it’s becoming homecoming queen or studying for that all important test, Arden can hack into a classmate’s memories and upload the experience for you just as if you’d lived it yourself. Business is great, right up until the day Arden whites out, losing fifteen minutes of her life and all her memories of the boy across the school yard. The boy her friends assure her she’s had a crush on for years.

Arden realizes that her own memories have been hacked, but they haven’t just been stolen and shared… they’ve been removed. And she’s not the only one: her mysterious crush, Sebastian, has lost ALL of his memories. But how can they find someone who has the power to make them forget everything they’ve learned?

Top 10 Favorite Quotes from Mind Games
10. The problem with stealing other people’s memories is you start to lose the difference between what’s theirs and what’s yours.

8. I abruptly turn and slam into Sebastian. Again.
Sebastian lets out an “oof” as he stumbles backward. “Is this a habit of yours?” he says. “Because if so, I better get myself some protective gear.”

5. I don’t want someone else’s memory. I want to make my own.

4. If I don’t figure out what my damn project is, someone will die. Followed by thousands of people.

3. Some girls prefer flowers, but I like to give the gift of detached body parts.

1. You only get to fall in love for the first time once. But we’ve been given a second chance. 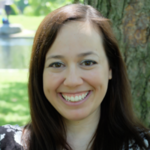 Rachel Shane (writing as Shana Silver) studied creative writing at Syracuse University. She’s been a computer animator, an e-book creator for a major publisher, and now works as a Project Manager in digital and TV advertising where she enjoys telling people what to do. She lives in New Jersey with her husband, young daughter, and the characters she dreams up.

Giveaway Open to the U.S. Only
Note: Not Responsible for Lost & Damaged Prizes in Your Mail Box
a Rafflecopter giveaway