Welcome to the Official Blog Tour for Devon Taylor's The Ghost Seekers, the second and final title in The Soul Keepers duology! Today, on our tour stop, we have an exclusive excerpt AND a tour-wide giveaway to share! Not just that, we are celebrating its book birthday today, too! So... Check it out and grab your copy now!  Don't forget to follow the tour, HERE! 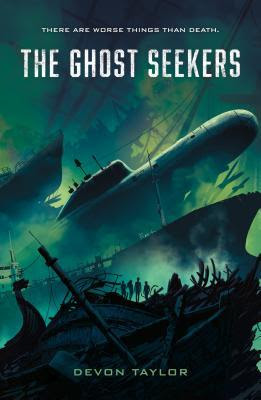 Synopsis:
“A fantastic high-stakes adventure on a ghost ship sailing forever into eternity, where every soul is (literally) worth fighting for—what’s not to love?” —Rin Chupeco, author of The Bone Witch and The Girl from the Well, on The Soul Keepers

There are worse things than death.

The Harbinger is lost, sunk to the bottom of an otherworldly sea. Every soul that ever died and was protected within its hold has been lost along with it. But at least that precious cargo is out of reach of the demon Urcena and her army of soul-devouring monsters.

The soul keepers are broken, scattered, and barely clinging to existence without their ship or any way to collect or protect the souls of the newly dead. If they are to have any hope of stopping Urcena’s horrifying plans to destroy the fragile balance between living and dead, they will first have to survive long enough to locate the ghost of one of their own, who sacrificed himself to save the rest of the crew.

*Excerpt*
In front of them, stretched across the long field of dead grass, were at least a dozen psychons. They stood tall and gruesome in the bright light, their tattered cloaks swaying slightly in the frigid breeze, their hot breath puffing in front of their constant grins. They kicked at the dirt with their bony feet, watching the syllektors with their hungry skeleton eyes, like a pack of wild dogs.

She stood in a patch of dead weeds that had gone from brown to an ashen gray under her bare feet. She sneered at Rhett, locking eyes with him over the tops of the other syllektors’ heads. He wanted to look away, wanted to avoid that gaze. Her black eyes were emptier than ever, the tiny white pinpricks of her pupils reduced to barely a speck.

She was here for Rhett, and he could just as easily have given himself up. But before that idea could even take root, madness erupted around him.

The psychons sprang forward, thundering around Urcena’s narrow shape and across the field, kicking up dirt and the few remaining patches of snow.

The syllektors, who had still been grouped at the bottom of the front steps, fanned out, unsheathing weapons. The woman with the wavy hair—Liz—yanked a hatchet out from under her leather coat, and in one fluid motion she let it loose, flinging it toward the nearest psychon. Rhett could hear a low whistle as the hatchet spun through the air, followed by a nasty, wet crunch as it collided with the psychon’s head. The creature dropped at once and didn’t move again.

Jon planted his feet, flipped his red hat around so it sat backward on his head, and pulled a short metal stick from the inside of one of his sleeves. The stick didn’t seem that intimidating to Rhett at first, but when Jon twisted it a certain way, the stick extended from both ends and turned into a staff that was almost as tall as Jon himself. He spun the staff around his body, impossibly fast. And when it came to a stop, locked firmly in both of Jon’s hands, Rhett saw it come to life with tangles of white electricity dancing along the metal.

Of course the genius inventor guy would have an electrified staff, Rhett thought. 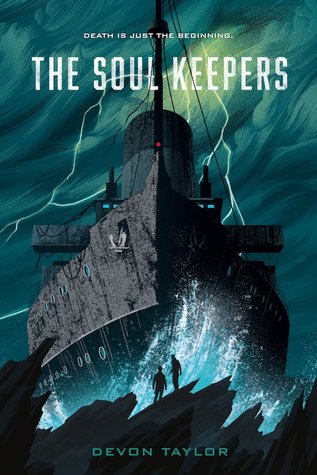 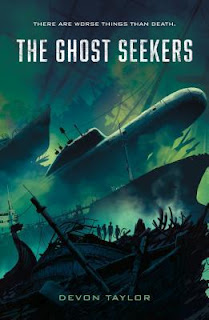 Devon Taylor was born in Las Vegas, Nevada and currently lives in Pennsylvania with his wife and two daughters. His day job consists of sneaking around the house with ninja-like stealth to avoid waking up his kids. When not writing, reading, or tediously typing out text messages with all the correct spelling and punctuation, he spends his time with his family. THE SOUL KEEPERS is his debut novel.

Giveaway Open to the U.S. Only
Note: Not Responsible for Lost & Damaged Prizes in Your Mail Box
a Rafflecopter giveaway