BLOG TOUR: The Cold Is In Her Bones by Peternelle van Arsdale

Welcome to the Official Blog Tour + Giveaway for Peternelle van Arsdale's The Cold Is In Her Bones! Plus, today, we celebrate this release as we kick off this tour! Today, on our tour stop, we have a review AND a tour-wide giveaway to share! Take a look at what I thought about this new release! Check it out and grab your copy now! Follow the tour, HERE!

**About the Author**
Peternelle van Arsdale grew up in Newark, New Jersey, where she attended public school through the eighth grade. After that she attended three high schools in three different towns in four years, was deeply unpopular, and counted the seconds until graduation. She majored in English literature at Bryn Mawr College, and then landed in book publishing, thinking it was a good way to be paid to do what she liked to do anyway (she was only partly wrong). She worked her way up from editorial assistant to executive editor of adult fiction and nonfiction, and eventually struck out on her own as an independent editor.

Her first young adult novel, The Beast Is an Animal, is being developed by Amazon Studios for a feature film produced by Ridley Scott’s Scott Free and directed by Bert & Bertie. Her essays have been published by LitHub, Hypable.com, and Culturefly, and her short fiction has been published by The Whitefish Review.

The Cold is in Her Bones is a mystical story of bravery and loyalty. Peternelle van Arsdale describes in vivid detail what it is like to live in an isolated home in the countryside. In the beginning, Milla’s world is built, her life on the farm is described, the nearby village, and the demon that haunts them all. Her main character, Milla, is a curious, courageous, and adventurous girl. She breaks the boundaries placed on her by her parents and her living situation. Milla is not allowed in the village and has limited time to be herself. She has a mother that she believes does not love her, an apathetic father, and her beloved brother that she shares the world with. When Milla lives on an isolated farm with only some tenants on her parents’ land for neighbors, she doesn’t have much of a world to share except for her imaginary tales and rumors that her brother brings back from the nearby village. Milla is told, “this and that,” to be a good girl, and to always be pleasant. But she refuses to bend to the expectations of her society and teaches the reader how to be true to themselves. Arsdale achieves this by using eloquent imagery to help the reader understand Milla’s sensations, thoughts, and feelings.

The Cold is in Her Bones starts slowly to build tension as the reader learns more about why the demon brings fear to the village. When Iris arrives on the farm, the threat of the demon is more evident. As Milla bonds with her new friend, it seems like they are the two that get the most character development. The reader receives information about Iris through her stories and her promises with Milla. It is also thanks to Iris that Milla and the reader know more about the curse. In the core of all confrontation, Milla confronts the demon that is much like herself. In the end, Milla can rid herself of her limitations by walking away from her father, her fearful mother, and the ignorant village that ostracizes young women who do not behave. It is not simply fear that drives her actions but her desire to protect Iris and be herself. The Cold is in Her Bones is a lovely read for those looking to fight to be themselves in the face of adversary. 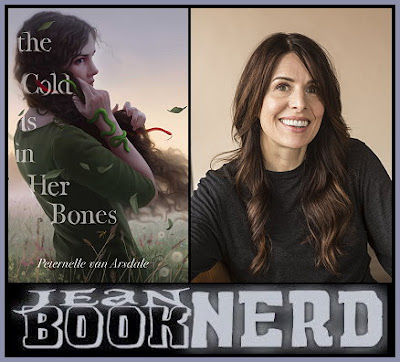