Welcome to the Official Blog Tour + Giveaway for Gail Donovan's Finchosaurus! On our tour stop today, we have an exclusive excerpt AND Gail's Ten Favorite Reads Ever! Check it out and pre-order your copy now! Finchosaurus is coming October 23, 2018!
Follow the tour, HERE! 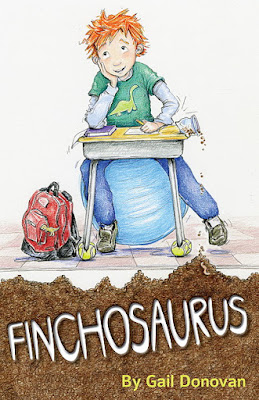 Synopsis:
Finchosaurus follows the adventures of Atticus Finch Martin, otherwise known as Finch. Finch’s dream is to uncover a dinosaur fossil and name a new species after himself—until he digs up a note in the fifth-grade class garden with the word HELP on it. He is determined to come to the aid of the mystery note-writer. But when the quest turns out to be harder than expected, Finch risks losing two things that he really wants—his best friend Noah, and a field trip to Dinosaur State Park.

*Excerpt*
Yesterday, the Help note had been his secret. All his.
By lunchtime today he had told Noah, but that was cool. You could have a secret with your best friend.
But now, was he going to have to tell Angelika, too?
He thought about the story of Sue Hendrickson, the day she found a fossil in South Dakota. For a while, she had worked by herself, scratching the soil and brushing it away. Hoping this was something big. All by herself. And that must have felt amazing.
But when her dig-mates came back from town, she got to show them. She got to let them in on it. And then they were in it together, unearthing what turned out to be one of the best, biggest, most complete T. rex fossils ever found. Tyrannosaurus Sue. And that must have felt . . . Tyrannosaurus-amazing.
Finch pulled the tiny Band-Aid tin from his pocket. He took out the scrap of paper and unfolded it, showing the single word: Help.
“I’m trying to find out who wrote this,” he said.
“Help,” said Angelika, reading the note aloud. “Wow. Where’d you find that?”
“In our class garden,” he said. “Buried.”
“So why were you looking in my locker?” she pressed. “Did you think I wrote it?”
“No,” said Finch. “I mean—I don’t know. It was a little random. I was standing there and I saw your angel magnet, and I wondered how come you don’t raise your hand, even when you know the answer?”
“Hello?” interrupted Noah. “I don’t raise my hand when I know the answer.”
“Yeah, but I know you,” said Finch. “I don’t know Angelika.”
Angelika’s lime-green Crocs rose and fell as she rocked back and forth again. “It’s because I’m busy,” she finally said.
“Busy doing what?”
“I kind of . . . make up stories. In my head. I know I can half-listen and still get the assignment.”
Noah summed it up. “You mean you’re spacing out?”
“You’re spacing out,” she said, grinning. “I’m using my imagination.”
Noah grinned, too. “So, you’re not going to tell his mom, right?”
“Right.”
“Thanks,” said Finch. “You really should get a Sunshine!”
“Except you can’t nominate me because you’d have to say what for, and this is secret,” she said. “Right? Nobody else knows?”
“Yep,” agreed Finch. “Just us three. So, what do we think? Who was it?”

"...If it's anything like the last (In Memory of Gorfman T. Frog), it's worth discovering." ―Elizabeth Bird, School Library Journal

"An amusing, empowering tale that should appeal especially to middle schoolers with abundant energy." ―Kirkus Reviews

“The book captures the pains and pleasures of being both a twin and a fourth-grader.” —Booklist

“Bailey is emotionally authentic, with an individualistic voice and a strong streak of stubbornness, of which she is particularly proud.” —Publishers Weekly

“Purposeful in a lighthearted way but guaranteed to make your head—scalp and brain—itch!” —Kirkus Reviews

IN MEMORY OF GORFMAN T. FROG
"Middle-graders will celebrate as Josh learns to use his personal “pause” button to stop talking long enough to keep out of trouble. Obvious appeal, particularly to fans of Andrew Clements’s work.” —Kirkus Reviews

**About the Author**
Gail Donovan is the author of the middle-grade novels The Waffler, What’s Bugging Bailey Blecker?, and In Memory of Gorfman T. Frog, which was named a New York Public Library Best Books for Children. She is also an author for the Rainbow Fish & Friends picture book series based on the bestselling books of Marcus Pfister. Donovan, who was born and raised in Connecticut, lives in Maine with her husband and two daughters, where, in addition to writing children’s books, she is a library assistant at the Portland Public Library. 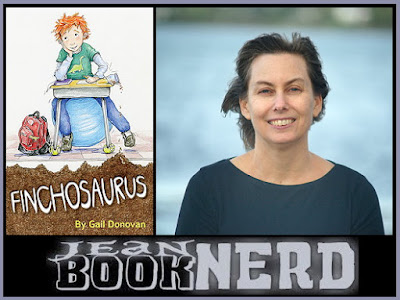