O-M-G!!! We are over the moon excited to celebrate the release of Livia Blackburne's Rosemarked, the first title in the Rosemarked Duology, by Hyperion! Check out the cool release day giveaway happening now to celebrate this release! 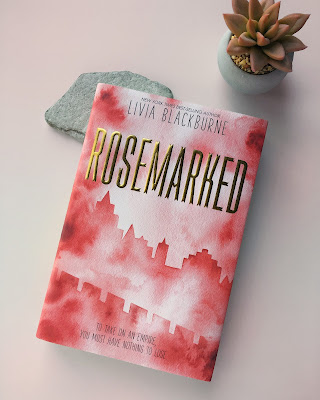 Rosemarked follows a healer and a soldier shattered by war on a high-stakes mission to spy on the Empire to uncover a deadly secret. With sizzling chemistry and a heartrending ethical dilemma, this thrilling fantasy with nuance characters will capture fans of An Ember in the Ashes and The Lumatere Chronicles! 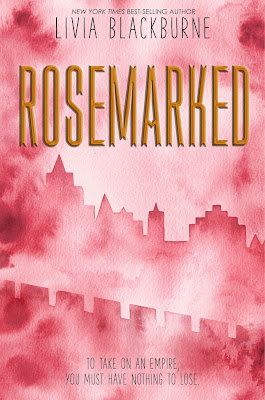 Synopsis:
A healer who cannot be healed . . .

When Zivah falls prey to the deadly rose plague, she knows it’s only a matter of time before she fully succumbs. Now she’s destined to live her last days in isolation, cut off from her people and unable to practice her art—until a threat to her village creates a need that only she can fill.

Broken by torture at the hands of the Amparan Empire, Dineas thirsts for revenge against his captors. Now escaped and reunited with his tribe, he’ll do anything to free them from Amparan rule—even if it means undertaking a plan that risks not only his life but his very self.

Thrust together on a high-stakes mission to spy on the capital, the two couldn’t be more different: Zivah, deeply committed to her vow of healing, and Dineas, yearning for vengeance. But as they grow closer, they must find common ground to protect those they love. And amidst the constant fear of discovery, the two grapple with a mutual attraction that could break both of their carefully guarded hearts. 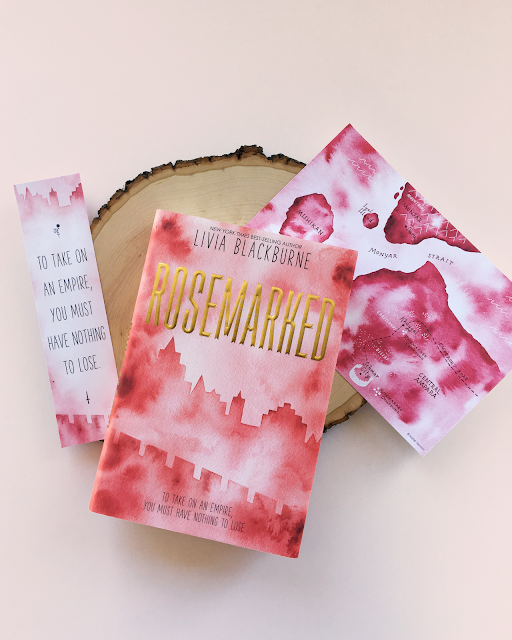 To celebrate the Rosemarked release, Livia is offering 3 lucky winners a Rosemarked swag pack, which includes a copy of Rosemarked and a signed bookplate! Entrants must be 18+ to participate. Best of luck, and happy reading!

Must 18+ to Enter
a Rafflecopter giveaway