We are excited to take part on this Blog Tour for Julia Keller's The Dark Intercept, the first book in The Dark Intercept series! Check out all the blog tour fun and grab your copy today! Follow the tour, HERE! 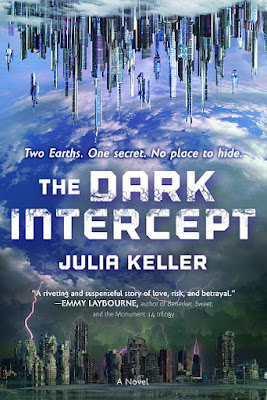 Synopsis:
The State controls your emotions. What would you pay to feel free?

In a radiant world of endless summer, the Intercept keeps the peace. Violet Crowley, the sixteen-year-old daughter of New Earth’s Founding Father, has spent her life in comfort and safety. Her days are easy thanks to the Intercept, a crime-prevention device that monitors and provokes emotion. But when her long-time crush, Danny Mayhew, gets into a dangerous altercation on Old Earth, Violet launches a secret investigation to find out what he's hiding. An investigation that will lead her to question everything she's ever known about Danny, her father, and the power of the Intercept.

What Others Are Saying About The Dark Intercept

“The Dark Intercept grabbed me from the first page and shook me until the last. A riveting and suspenseful story of love, risk, and betrayal.” —EMMY LAYBOURNE, author of Berserker, Sweet, and the Monument 14trilogy“A chilling and thought-provoking look at the power of weaponized emotion.” —MELISSA LANDERS, author of the Alienated trilogy and Starflight“Both cautionary and hopeful—a rare, literary feat.” —GENNIFER ALBIN, New York Times bestselling author of the Crewel World trilogy“A stormy, spine-tingling ride in which everything remembered and once felt in your life can be used against you.” —BLUE BALLIETT, author of Chasing Vermeer and The Calder Game“The Dark Intercept goes straight to the heart of why privacy matters in today's world. Keller has written an accessible coming-of-age adventure where the teenage protagonist comes to understand the consequences of living in a society that monitors everyone's emotions, including her own.” —MICHAEL C. ROBINSON, Chair of the American Library Association Intellectual Freedom Committee's Privacy Subcommittee“Julia Keller writes so viscerally that she takes the readers with her into the worlds she has created. The Intercept is a fascinating springboard which she uses to explore the importance of feelings, and how they affect our lives and choices.” —BETSY FRASER, Selector, Calgary Public Library (Alberta, Canada), and 2016 YALSA/ABC-CLIO/Greenwood Service to Young Adults Achievement Award-winner 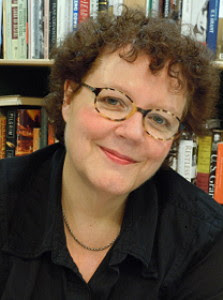 Julia Keller, winner of the Pulitzer Prize and former cultural critic at the Chicago Tribune, is the author of many books for adults and young readers, including A Killing in the Hills, the first book in the Bell Elkins series and winner of the Barry Award for Best First Novel (2013); Back Home; and The Dark Intercept. Keller has a Ph.D. in English literature from Ohio State and was awarded Harvard University’s Nieman Fellowship. She was born in West Virginia and lives in Ohio.

After reading the synopsis, I was intrigued at the concept of this story. Imagine a crime-prevention device collecting and controlling emotions. Hmmm... It somewhat reminded me of movie, Minority Report. The device serves to prevent crime...right?!? Hmmm... There seems to be secrets behind trying to control people/society.

Anyways, the plot twists were interesting enough. The characters were somewhat well written; however, the world-building/setting seemed muddled. Don't get me wrong, description of these two worlds started off well enough to get me interested, but then, it went downhill from there. Dialogue among characters seemed forced and awkward. I didn't feel much chemistry with them. Moreover, I disliked one particular character trait, namely, Violet as she continued to pine over Danny. It was pretty evident from the start. Well, I better not say anymore on that. I try not to spoil it for those that have not read the book yet.

All in all, The Dark Intercept has an interesting concept that is reminiscent to that Steven Spielberg film Minority Report which was based on a story by science fiction writer Philip K. Dick. The story was definitely thought-provoking; however, the writing could have been better. It needs more work on the world building and character development. But, I wouldn't count this read out. This idea, just like Minority Report, is something to really think about... It's as if, "what if it really happened?" kind of thoughts. 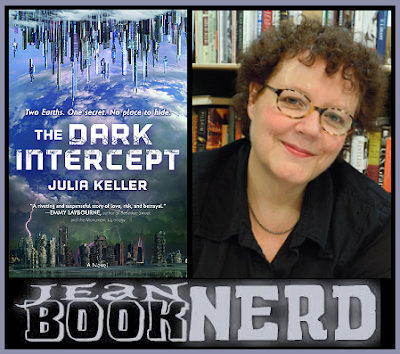 Note: Not Responsible for Lost or Damaged Prizes in Your Mailbox
a Rafflecopter giveaway
Blog Tour Organized by