We have an exciting Release Day Blitz for Barbara Freethy's Perilous Trust, the first standalone title in the Off The Grid: FBI trilogy! Happy Book Birthday!!! To celebrate, we want to share with you a sneak peek into the book with an excerpt! Check it out and grab your copy today! 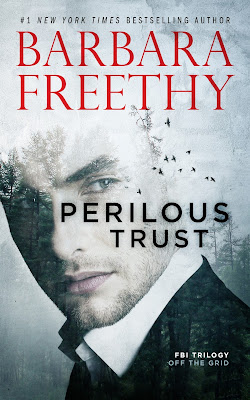 Synopsis:
In Perilous Trust, #1 New York Times Bestselling Author Barbara Freethy brings you the first book in a new romantic suspense series! OFF THE GRID: An FBI Trilogy offers three breath-stealing books filled with action-packed plot, heart-stopping romance, and page-turning suspense. It was one dark night that brought Damon Wolfe and Sophie Parker together. They were two tortured souls, looking for escape, and they weren't supposed to see each other ever again… Four years later, Sophie's FBI father, who is also Damon's mentor, is killed in a suspicious car crash after leaving Sophie a cryptic message to trust no one from the agency. When Damon shows up looking for her, she isn't sure if he's friend or enemy, but she knows he could easily rip apart what is left of her heart. The last thing Damon wants is to get involved with Sophie again. It was hard enough to walk away the first time. But she's in trouble, her father's reputation is under attack, and the lives of his fellow agents are at stake if there's a traitor in their midst. When someone starts shooting at them, they have no choice but to go on the run and off the grid. Everyone in their world becomes a suspect. They want to uncover the truth, but will it turn out to be the last thing they expect? Proving her father's innocence might just cost them their hearts…and their lives…

*Excerpt*
She could see the war going on in Damon's eyes, the need to do the right thing, the desire to feel what they'd felt once before.
"I don't want to hurt you," he said huskily.
"You won't hurt me."
"You said that the last time, but I hurt you then, and I don't want to do it again."
"That was different. We know each other better now."
"That might be true, but there's something else that's also true—I don’t do love, Sophie. I'm not good at it, and it doesn't work out. I might be exactly what you want in the night, but I will never be what you want in the morning."
"In the morning? We don't even know if we're going to have a morning, Damon. You told me that I need to stay in the moment. This is the moment. So, stop fighting. Please, stop fighting."
"You're not playing fair, Sophie."


"I'm not playing at all," she said, recklessness driving her forward. She pressed her mouth against his, and took what she wanted. It was a heady, glorious, freeing feeling. 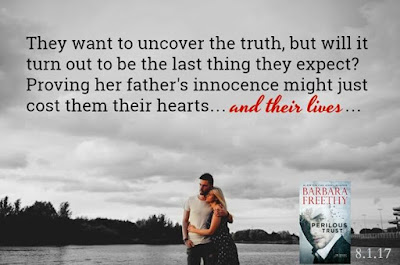 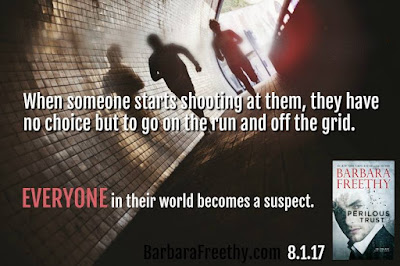 Praise for Barbara Freethy Books
"Powerful and absorbing...sheer hold-your-breath suspense."-- NYT Bestselling Author Karen Robards on Don’t Say A Word"A fabulous, page-turning combination of romance and intrigue. Fans of Nora Roberts and Elizabeth Lowell will love this book." NYT Bestselling Author Kristin Hannah on Golden Lies"In the tradition of LaVyrle Spencer, gifted author Barbara Freethy creates an irresistible tale of family secrets, riveting adventure and heart- touching romance." -- NYT Bestselling Author Susan Wiggs on Summer Secrets"This book has it all: heart, community, and characters who will remain with you long after the book has ended. A wonderful story." -- NYT Bestselling Author Debbie Macomber on Suddenly One Summer "Freethy has a gift for creating complex characters."-- Library Journal "Barbara Freethy is a master storyteller with a gift for spinning tales about ordinary people in extraordinary situations and drawing readers into their lives." -- Romance Reviews Today "Freethy’s skillful plotting and gift for creating sympathetic characters will ensure that few dry eyes will be left at the end of the story." -- Publishers Weekly on The Way Back Home "Freethy skillfully keeps the reader on the hook, and her tantalizing and believable tale has it all– romance, adventure, and mystery."-- Booklist on Summer Secrets "A page-turner that engages your mind while it tugs at your heartstrings...Don’t Say A Word has made me a Barbara Freethy fan for life!" -- NYT Bestselling Author Diane Chamberlain on Don’t Say a Word 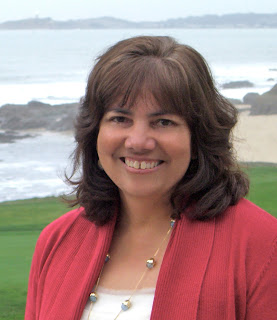 Barbara Freethy is a #1 New York Times Bestselling Author of 60 novels ranging from contemporary romance to romantic suspense and women's fiction. Traditionally published for many years, Barbara opened Fog City Publishing in 2011 and has since sold over 7 million books! Twenty-three of her titles have appeared on the New York Times and USA Today Bestseller Lists, including one title, Summer Secrets, which hit #1 on the NYT. In 2014, Barbara was named the Amazon KDP Bestselling Author of all time! She was also the first indie writer to sell over a million books on Barnes & Noble.

Known for her emotional and compelling stories of love, family, romance and suspense, Barbara is a six-time finalist and two-time winner in the Romance Writers of America acclaiimed RITA contest for her novels Daniel's Gift and The Way Back Home.