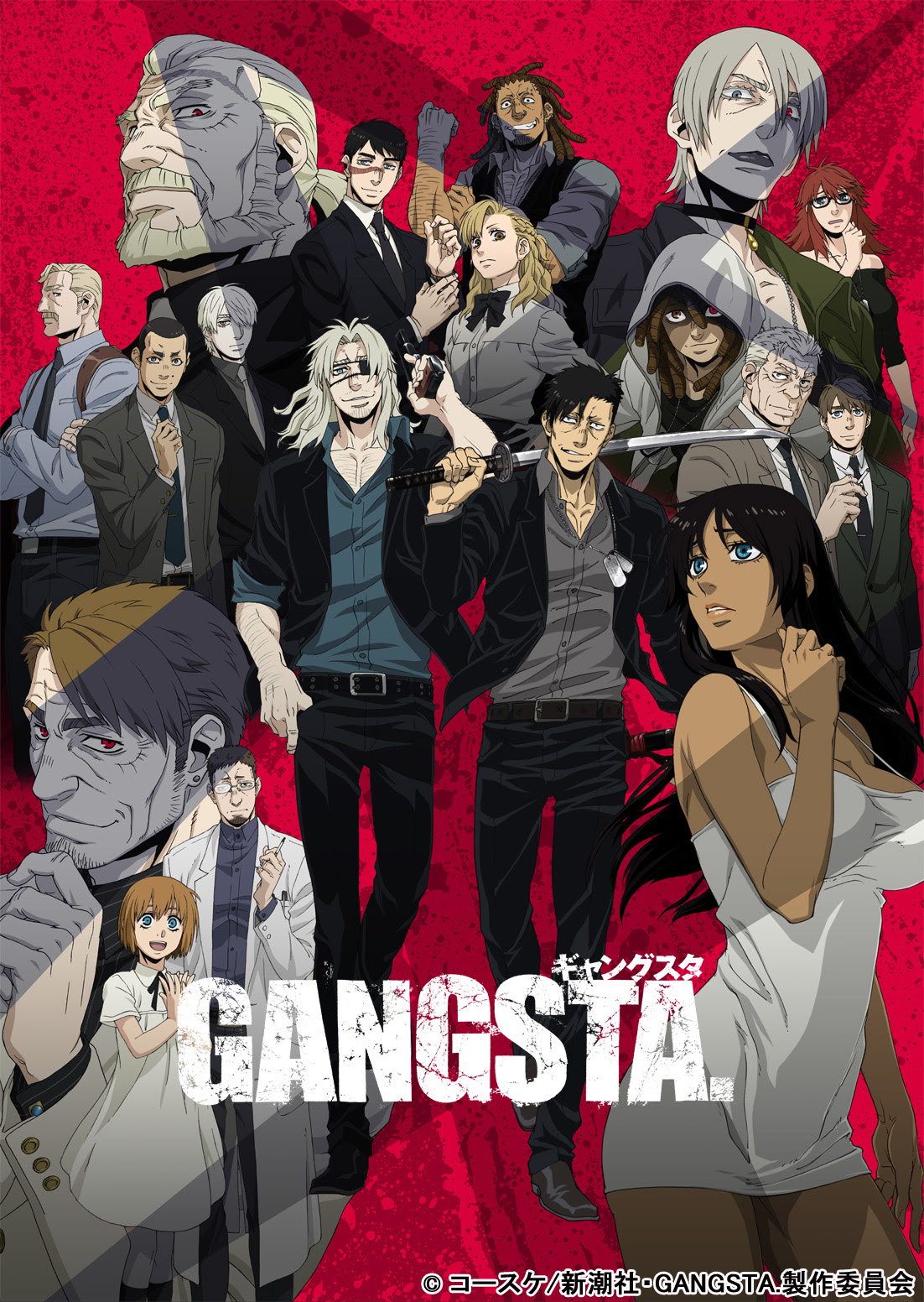 Based on the manga series by:
Kohske

Plot Summary:
Nicholas Brown and Worick Arcangelo, known in the city of Ergastulum as the "Handymen," are mercenaries for hire who take on jobs no one else can handle. Contracted by powerful mob syndicates and police alike, the Handymen have to be ready and willing for anything. After completing the order of killing a local pimp, the Handymen add Alex Benedetto—a prostitute also designated for elimination—to their ranks to protect her from forces that want her gone from the decrepit hellhole of a city she has come to call home. However, this criminal’s paradise is undergoing a profound period of change that threatens to corrode the delicate balance of power.

Ergastulum was once a safe haven for "Twilights," super-human beings born as the result of a special drug but are now being hunted down by a fierce underground organization. This new threat is rising up to challenge everything the city stands for, and the Handymen will not be able to avoid this coming war.

*My Thoughts*
Exciting and mature, Gangsta is a quick 12-episode anime that raises your expectations for its climax. The opening theme is upbeat and colorful to attract attention but is the opposite of the tone of the actual story which is actually serious and action packed. It reveals very little about the characters other that sex, drugs, knives, and guns; the fast lane and mysteriousness leave the viewer curious for more. Upon watching the first episode, I was not disappointed to find a world littered with those who lurk in the underground and it was hard not to make parallels with a favorite anime of mine, Black Lagoon. Although, to be perfectly honest and with all due respect, Gangsta as an anime cannot match Black Lagoon.

The setting in fictional city, Ergastulum, seems like a relatively decent place, where Twilights (special human beings with advanced physical capabilities due to a drug called Celebrer) and criminals can live but is actually: semi-controlled by the country’s government (Like “Where the hell are you guys?”), but actually run by local mafia/guilds, and ongoing Anti-Twilight factions continue to threaten the lives of the Twilights therefore causing endless bloodshed. In a place where you live life without regrets, our main trio must continuously move forward with their lives while carrying or shoving away the weight of their pasts in hallucinations and nightmares. The disconnection to reality is prominent. Not only because Gangsta is set in a fictional city but because there barely seems to be any laws outside of Three Principles that govern Twilights, almost all of the reoccurring characters have some type of super capability, and everything in or around Ergastulum accepts violence as an answer.

The characters of Gangsta are hard to forget as Nicholas is a deaf Twilight that doesn’t particularly care about consequences and lives his life, Worick is incredibly easy-going and relatable to an extent, and Alex shows us how vulnerable we as normal people can be. Each of their backstories is explored just enough to have the viewer filled with sympathy. In it’s visual aspects, while the animation was nice it started to decline near the last episode due to the studio’s bankruptcy. Overall, I would say Gangsta was addicting throughout but with a very anti-climactic, cliffhanger of an ending. If the anime were to continue with a second it could explode with popularity.

Posted by Mariah Bonifacio at 8:02 PM