Welcome to the Official Blog Tour for The Good Luck Girls, the first title in The Good Luck Girls series, by Charlotte Nicole Davis!!! Today, on our tour stop, we have an exclusive excerpt AND a tour-wide giveaway to share!! So... Check it out and grab your copy now!!! Follow the tour, HERE! 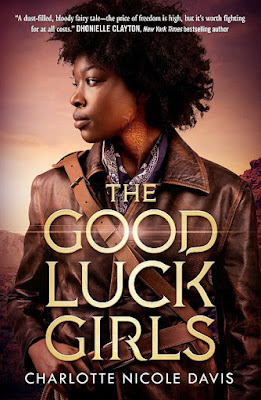 Aster, the protector
Violet, the favorite
Tansy, the medic
Mallow, the fighter
Clementine, the catalyst

The country of Arketta calls them Good Luck Girls--they know their luck is anything but. Sold to a "welcome house" as children and branded with cursed markings. Trapped in a life they would never have chosen.

When Clementine accidentally murders a man, the girls risk a dangerous escape and harrowing journey to find freedom, justice, and revenge in a country that wants them to have none of those things. Pursued by Arketta's most vicious and powerful forces, both human and inhuman, their only hope lies in a bedtime story passed from one Good Luck Girl to another, a story that only the youngest or most desperate would ever believe.

It's going to take more than luck for them all to survive.

Praise for THE GOOD LUCK GIRLS

“Don't underestimate the girls in the Arkettan welcome houses because you might just lose your life. Davis' The Good Luck Girls is a dust-filled, bloody fairytale set in a menacing world haunted with the reminder―the price of freedom is high, but it's worth fighting for at all costs. Rise up, teen readers!” ―Dhonielle Clayton, New York Times bestselling author of The Belles

“This dystopian debut is deeply connected to today’s social issues, and readers will feel that impact.” ―Booklist

**About the Author**
Charlotte Nicole Davis is the author of The Good Luck Girls, a young adult fantasy novel releasing in Fall 2019 with Tor Teen. A graduate of The New School’s Writing for Children MFA program, Charlotte loves comic book movies and books with maps in the front. She currently lives in Brooklyn with a cat with a crooked tail. 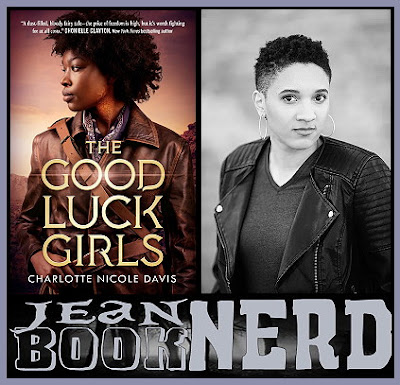