Synopsis:
A hero’s tournament. A defiant contender. Does one girl have the courage to take on Mount Olympus?

Hope’s world doesn’t have room for heroes. She barely has time for schoolwork, swim team, and taking care of her ailing mother. But when she’s invited to a mysterious tournament, the all-powerful hosts won’t take no for an answer.

Transported to Mount Olympus, Hope comes face to face with her new trainers—the pantheon of Greek gods. While other contenders train hard to gain a fighting edge, Hope searches for a way out. Instead, she finds a gorgeous shadow god who may just convince her to stay…

As each round unfolds, the ultimate prize draws closer—the granting of her heart’s deepest desire. If she survives the final challenge, her mother’s cure would be within reach…but only if Hope can ignore the tournament’s dark purpose.

Olympian Challenger is the first book in a bold YA urban fantasy trilogy. If you like Greek mythology, forbidden romance, and feats of courage, then you’ll love Astrid Arditi’s heroic coming-of-age tale.

Join Astrid Arditi on Facebook to celebrate this release on July 3, 2018!! 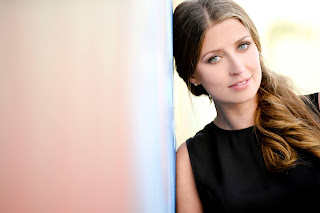 Astrid Arditi has studied at Hogwarts, ridden a dragon, swam with mermaids and flown to the moon. Recently, she traveled to Mount Olympus…

She leads a double life: one of words and whimsy; the other one chasing her two young kids around the playground and kissing away booboos.

She’s a spy, a princess, a unicorn, a wife, a mother and an author. Life is never dull in her messy home in Brooklyn, or in her dreams where she escapes as often as she can.

She writes from experience, of course. You may not believe it, but everything in her books has actually happened to her…even if only in her imagination.

Too many adjectives, you’re not to the point, and it’s distracting. I don’t mind the way you write, it’s like you’re weaving an eloquent piece of embroidery, but the topic is too standard and doesn’t bring anything new to the table.

“Mean Girls” high school, why don’t these brats look at the bigger picture?

Protagonist syndrome: too perfect (potential valedictorian, possibly the best on the swim team, senior, future surgeon?), the only down side is she’s a “nerd;” protagonist stereotype: one or both parents of the protagonist must either be dead or missing. Note: one parent in missing and the other has dementia.

Chapter 6: Is dis Percy Jackson with the Hunger Games?

Chp. 26: by now the story and the writing prove delicate and interesting. “He listens to the Hesperid in the yellow dress and takes the red apple, like us. If the clever boy has come to the same conclusion as me, it makes me feel more confident about my choice. Astrid Arditi. Olympian Challenger (Kindle Locations 2816-2818). Kindle Edition.”

Astrid Arditi writes in a beautiful style and captivates the reader by encompassing them in a world of mysticism and other worldly beings. Olympian Challenger takes its reader on an adventure to Mount Olympus through the mind of one teenage girl named Hope Diaz. The main protagonist is selfless, mature, and empathetic. She is a teenage girl taking care of her ailing mother and an unwilling challenger in the gods dance, a dance in the guise of a competition. There are ups and downs to her personality such as her high independence and pacifist-like nature but be she makes up for is with her self-lessness and loving heart. Because of her desire to help others, Hope makes new friends and unlikely allies in the form of Gabriel and Amy, two teenagers from very different backgrounds, and Kieron the son of Hades and Persephone. But others in the competition with selfish or hateful intentions bare their worst traits first and make friends with others never. The stress is overwhelming, but Hope is intelligent, and she figures out the challenges in stride.

“He listens to the Hesperid in the yellow dress and takes the red apple, like us. If the clever boy has come to the same conclusion as me, it makes me feel more confident about my choice.” Astrid Arditi. Olympian Challenger (Kindle Locations 2816-2818). Kindle Edition.

She’s certainly not a genius but she knows how to survive and reassure herself. Like any heroine she deals with each challenge presented to her. She fairs to be the most thought out character in the book.

The focus of Olympian Challenger shifts throughout the book. At first, I found it fun, bright, and filled with contenders of courage or vileness. A good distraction for the dangers hidden on Olympus. The antagonists Hope must face are those that compete in the gods’ challenges and quests with her. A boy named Heath and another girl named Jessica particularly show their violent sides and will stop at nothing to win, even sacrificing the lives of others. Contenders from all around New York were chosen and chose to participate in the Olympian gods competition but later, the story draws a hard line to make obvious light and dark comparisons. Some teenagers were having the time of their lives living in luxury just to be raised as pigs to the slaughter. The contenders are no longer the source of Hope’s disdain. The gods have put on nothing but a show.

The line between good and bad shows itself further when Hope sees the gods as they really are; cold statues, selfish beings that deserve to be trapped on Olympus, a place where humans do not worship them. The gods themselves do not pose as a direct threat to Hope but to their ever-growing influence over the contenders dwindles the competitor’s spirit and morality. They lack the love and morality of humans, but the gods want to rule over humanity. It’s all written with elegant detail and interwoven into a story of faith and love.

“…adorned like a goddess. “But I’m only human…” His fingertips skim my cheek lightly. “Your humanity—that is your greatest beauty.”” Astrid Arditi. Olympian Challenger (Kindle Locations 3160-3162). Kindle Edition.

Olympian Challenger is the first book of a could be series. It had action, grief, and romance. Although I enjoyed the trip that Astrid Arditi took me on, I wish it had something more. It was good to say the least and not something to pass up if you want something to read next weekend.

Posted by Mariah Bonifacio at 4:45 PM