BLOG TOUR: Everything That Follows by Meg Little Reilly

Welcome to the Official Blog Tour for Meg Little Reilly's Everything That Follows!!! Today, on our tour stop, we have an exciting excerpt AND tour-wide giveaway to share! From Meg Little Reilly, comes a stunning thriller that will keep readers up turning pages long onto the night, Everything That Follows! Check out all the tour festivities and grab your copy now!!! You can even follow the tour... Check out the tour schedule at the end of this post! 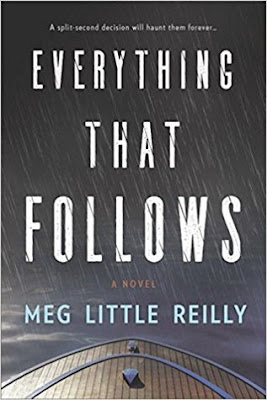 Synopsis:
CAUGHT IN THE BACKWASH, THEY HAVE LOST CONTROL OF THEIR LIVES…

For fans of Megan Abbott and Chris Bohjalian comes a novel of moral complexity about friends who must choose between self-preservation and doing the right thing in the wake of a fatal boating accident. Set in the moody off-season of Martha’s Vineyard, Everything That Follows is a plunge into the dark waters of secrets and flexible morals. The truth becomes whatever we say it is…

Around midnight, three friends take their partying from bar to boat on a misty fall evening. Just as the weather deteriorates, one of them suddenly and confusingly goes overboard. Is it an accident? The result of an unwanted advance? His body disappears quickly, silently, into the dark water. The circumstances are murky, but what is clear is that the other two need to notify the authorities. Minutes become hours become days as they hesitate, caught up in their guilt and hope that their friend has somehow made it safely to shore. As valuable time passes, they find themselves deep in a moral morass with huge implications as they struggle to move forward and live with their dark secret.

*Excerpt*
Hunter kissed Ashley’s naked legs, knees and thighs, working his way up her body and through his A-game stuff. But she intercepted his advances with her own moves and eventually he was out of his head and totally in the act. They were both drunk, but it didn’t feel like drunk sex in the out-of-body way he usually settled for. She was energized and athletic, a real go-getter. It was almost comical. She insisted on reading the expiration date of the condom, which struck him as hilarious. Ashley was above him, and then below. It was exhausting, but also a relief to have someone really running the show. He was happy to follow.
Ten minutes later, the entire episode concluded in a conventional but thoroughly satisfying missionary position.
And it was exactly three seconds after ejaculation that Hunter remembered all the horrible things he’d been trying to forget. The investigation of Kyle’s death was still open. The boat was still banging against the dock posts. This little adventure had changed nothing. Hunter’s body was calm but his mind wasted no time getting back to its baseline of panic. He needed a drink. He needed Ashley to leave so he could pour himself something tall. He liked her and hoped for an encore one day, but wanted her to get the fuck out at that moment.
“That was fun. I suppose I should go,” she said, moving not a muscle in her body. She was splayed out under the down comforter with her eyes closed.
Hunter got out of bed and walked toward the bathroom. “Yeah, it was fun. Can I call you again?”
If she answered, he didn’t hear her before the bathroom door closed. He peed and splashed water on his face. When he returned to the room, Ashley was halfway dressed, watching local news on a small TV that sat on a dresser.
“Why do they think he was swimming in Katama Bay?” she said, one sock in hand at the edge of the bed.
“What?”
“This guy who died—Kyle Billings. Why do they think he was swimming in Katama Bay?”
Hunter turned his back to her and rifled through drawers. What was going on? Why was she asking these questions?
“Oh, I don’t know,” he said. “I haven’t been paying much attention. Do you want me to call you a car?”
“No, I’m fine to walk.” Ashley continued to watch from the edge of the bed. “I just know for a fact that a Katama Bay swimmer would have been carried further south by the current, if that’s actually where he started from. It doesn’t make any sense.” She pulled her sweater over her head.
Hunter walked to the doorway. “I heard he was on oxy or something, so who knows.”
Ashley considered this information. “Still, the current…it wouldn’t matter. He had to have been further north if it took two days for the body to wash ashore in that place. That’s what the coroner said, that it had been about two days.”


Hunter crossed his arms over his chest. “Kind of a morbid thing to be hung up on, don’t you think? You’re like some kind of citizen investigator. You sure you don’t want a car?”

What Others Are Saying About Everything That Follows

"Taut with moral complexity, and a subtly building tension, this is the kind of story that punishes you if you dare to put it down." ⏤ Kim Cross, New York Times bestselling author of What Stands In A Storm

"[a] skillfully wrought tale of atonement in a frame of psychological suspense." ⏤ Booklist 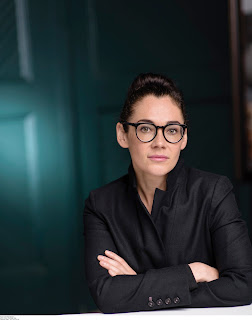 Meg Little Reilly is the author of the novels Everything That Follows and We Are Unprepared. She's a public radio commentator, essayist, and outdoors enthusiast. Prior to writing novels, Meg worked in national politics and the White House. She holds a B.A. from the University of Vermont and an M.A. from the George Washington University. These days, she lives in rural Vermont with her husband and two daughters.