BLOG TOUR: Fading into the Shadows by Kelly Hashway

We are excited to share with you our stop on the Blog Tour for Kelly Hashway's Fading Into The Shadows! We have got teasers, excpert, and review(s) to share, so check out the tour schedule at the end of this post! On our stop today, we have got an exciting excerpt! Check it out and grab your copy today! Don't forget... there's also a tour-wide giveaway to enter... Find it at the end of this post! 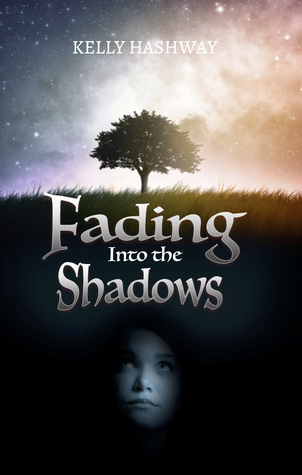 Synopsis:
When sixteen-year-old Ella Andrews’s best friend, Avery, goes missing, she’ll do anything to get him back—starting with punching the no-brain cop who couldn’t care less about the disappearance. Ella’s convinced Avery’s been kidnapped, and she tries everything to find him—even following a strange shadow to another world where the constellations are real-life figures in the sky. But three star groups have fallen and are destroying the world. The fallen constellations are not the only enemy. Melanie, the princess of Stellaris, is forcing Ella, Avery, and an army of other kids kidnapped from their world to fight the rogue constellations, even as the land is draining away their life. The longer they stay, the more they fade into substanceless shadows—a fate worse than death.Can Ella save Stellaris before there’s nothing left of her and Avery?

(available in ebook and paperback format) 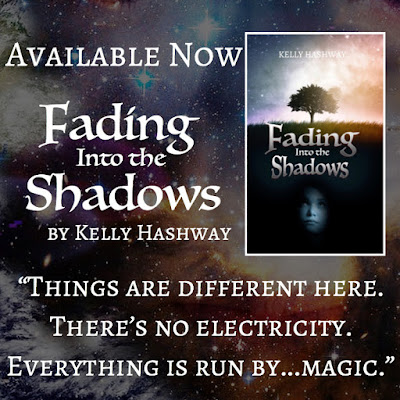 *Excerpt*
I had to figure out what this place was and find someone who could help me get home. I had no clue if Avery was really here either, but I wasn’t going to find out staying in one spot.
Keeping my head down to shield my eyes from the sun, I climbed over the boulders to an area filled with bare trees. If it were winter, this wouldn’t have been weird. But it was July. The trees should’ve been green and full of leaves. These trees were blackened like they’d been burned. I looked up at their singed branches and saw an enormous pair of eyes staring back at me.
“Oh!” I stumbled backward, tripping over a pointed rock, and did the exact opposite of a belly flop onto a large boulder. My spine felt like someone had taken a hammer to it, but I was grateful I hadn’t hit my head. I sat up slowly, and that’s when I noticed the sky. Or should I say, the sky noticed me?
Even though it was night, the stars weren’t twinkling lights shining down on me. They were actual living, breathing forms. All the constellations were figures in the sky. Solid figures. A bull, which I guessed was Taurus. A goat for Capricorn. And some other constellations that weren’t exactly alive but were still objects, a crown or a shield, instead of stars. I stared at them in amazement. Sure stars were beautiful and I watched them every night before I fell asleep, but this was seriously awesome. As a kid, I always daydreamed about playing in the clouds, and it kind of looked like that was what these constellations were doing here. I forced my eyes to get used to the brightness as I studied the figures.
By the arrow pointing in my direction, I knew it was Sagittarius, the archer, staring at me through the branches of the tree. He held his bow firmly, but he smiled at me. I couldn’t help staring at him. I’d seen pictures of centaurs in Greek mythology books and in movies, but that was nothing compared to seeing this larger than life image hovering above me in the heavens. Sagittarius had thick, dark wavy hair and a beard that perfectly matched his long flowing tail. He looked like he was solid muscle, both his human upper body and his horse lower half.


He raised his right hoof slightly in front of him, and I got the impression he was trying to wave to me. I wasn’t about to offend a guy pointing an arrow at me, so I gave a small wave in return. I checked out the rest of the sky. Amazing! Like someone plucked creatures and people and other things right off the ground and placed them in the sky. I was so mesmerized by the constellations that the sound of rocks falling behind me didn’t register as possible danger until it got so loud I knew I was in trouble. Something was coming toward me. Something big. 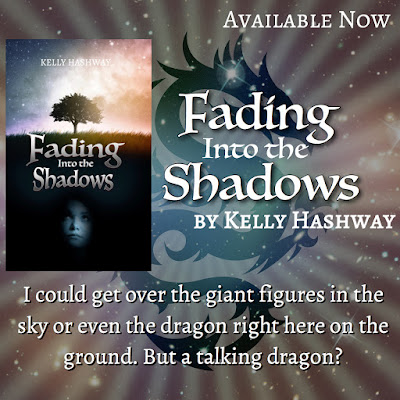 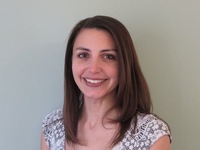