BLOG TOUR: Mine For Now by Erika Kelly

We are all too fired up to kick off this exciting Blog Tour for Erika Kelly's Mine For Now, the first book in the Wild Love series! On our stop today, we will be sharing a sexy excerpt from the novel. Plus, there is a tour-wide giveaway at the end of this post! 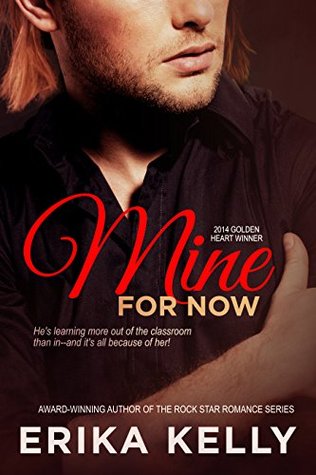 Synopsis:
From the award-winning author of the Rock Star Romance books comes a sizzling new series about the O’Donnell siblings. The pull of wild love is irresistible.

She’s had enough drama in her life.

Nicole O’Donnell is more than ready for the fresh start college offers. After a lifetime of trying to help her alcoholic mom and ex-boyfriend get sober, she’s finally learned her lesson: people don’t change. They certainly don’t change for her.

He can never leave his drama behind.

Thanks to his mom’s substance abuse issues, Dylan McCaffrey’s persona non grata in his hometown of Gun Powder, Colorado. So when he scores a free ride to the top university in the country, he’s determined to make something of this fresh start. But his mom has always relied on him, and she’s not handling his absence well at all. If he can just keep up his grades, pay her bills, and come home every break, he might be able to pull off this opportunity.

No matter how determined they are to steer clear of each other, their combustible connection explodes, especially when Nicole offers Dylan the one thing he can’t bear—hope. Once he has a taste of it—and the irresistible force of her—there’s no going back.

But when he falls too deeply, when he loses sight of his priorities, he might just lose it all.

Blood roared in his ears, and need crashed over him. He cupped her chin. Those warm eyes gazed up at him, those beautiful lips parted. When her tongue flicked out to dampen them, he couldn’t take it anymore. He touched his mouth to hers. So sweet. So incredibly sweet.

He tried to hold back. Tried to get a handle on this thoughts—remind himself why this was wrong—but she opened her mouth—just a little—just enough for him to feel the rush of her breath on his lips. And then she leaned into him—so gently, so easily. Christ, like they belonged together.

Holy hell. This was bad. This was so fucking bad. He should stop, walk away while he still had possession of his balls. But he needed this taste. This one little taste to make the want go away.

He pressed his mouth to hers—lightly—just to keep a hint of her to savor for later—but she opened to him, tilting her head to let him in. She got up on her toes, a gentle hand wrapping around his neck—and God help him—but he leaned into her, gave into her. He fell into that delicious mouth, stroking inside with his tongue. And it was so fucking hot, it just cut him wide open, letting all that need come gushing out. 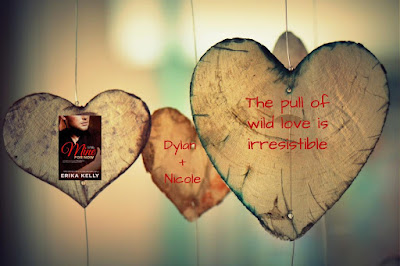 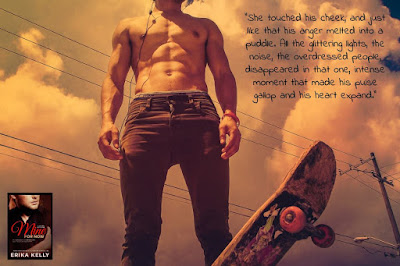