BLOG TOUR: The Sisters of Reckoning by Charlotte Nicole Davis

Welcome to the Official Blog Tour for The Sisters of Reckoning, the second installment in The Good Luck Girls series, by Charlotte Nicole Davis!!! Today, on our tour stop, we have an exclusive chapter excerpt AND a tour-wide giveaway to share!! So... Check it out and grab your copy now!!! Follow the tour, HERE! 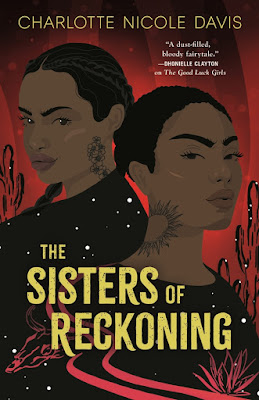 Synopsis:
The Sisters of Reckoning is the blockbuster sequel to Charlotte Nicole Davis's alternate Old West-set commercial fantasy adventure.
The Good Luck Girls are free. Aster's sister and friends have new lives across the border in Ferron, while Aster remains in Arketta, helping more girls escape. But news of a new welcome house opening fills Aster with a need to do more than just help individual girls. And an unexpected reunion gives her an idea of how to do it. From there, grows a wildly ambitious plan to free all dustbloods, who live as prisoners to Arketta's landmasters and debt slavery.
When Clementine and the others return from Ferron, they become the heart of a vibrant group of fearless fighters, working to unite the various underclasses and convince them to join in the fight. Along the way, friendships will be forged, lives will be lost, and love will take root even in the harshest of circumstances, between the most unexpected of lovers.
But will Arketta's dustbloods finally come into power and freedom, or will the resistance just open them up to a new sort of danger?

It had been near a year since Aster and the other Green Creek runaways found the Lady Ghosts. Since then, the public had been told that all of them were dead, captured and killed by the brave lawmen on their trail. Aster suspected that Jerrod McClennon, head of the wealthiest landmaster family in Arketta, had spun the lie to save his own reputation after they’d escaped his estate. In truth, Clementine, Tansy, and Mallow had all been borderjumped into Ferron.

The only exception, of course, was Violet, whom they’d had to leave behind.

But Aster, in her stubbornness, could not bring herself to believe that Violet was dead.

If McClennon was lying about the rest of them, then he was lying about her, too. He had to be. Violet would have survived that night. She would have survived whatever McClennon had put her through since. Maybe she would have even escaped on her own, somehow. And as soon as Aster got proof, she was going back for her. Her conscience would not let her rest until she did, no matter how many other Good Luck Girls she border- jumped to safety.

Focus on the task at hand, Aster thought roughly, before her guilt could sink its teeth in any deeper. The girl in the back of their wagon now was hardly safe yet.

The good news was that these border agents, along with most of the rest of the world, believed Aster was dead. Beyond that, she looked completely different now. She had shorn her hair into a military crop. She had changed her favor from an aster flower to a sunburst. And she was dressed like a high-end fortuna, not a bandit on the run. There was no reason for anyone to recognize her or suspect she was anyone other than who she said she was.

But still . . . Two armymen waved the wagon ahead of them through. Aster snapped the reins and led the horse forward, tightening her mouth as one of the armymen approached. He was tall, clear-eyed, cut like canyon rock, with no shadow at his feet: a dustblood, like the majority of the rank and file of Arketta’s armed forces—a lifetime of service would see his family’s debts forgiven. The gold buttons on the man’s immaculate slate gray uniform winked in the late afternoon sunlight. Like his companion in the guard tower, he was armed with voltric weapons: twin pistols that whined at the edge of Aster’s hearing like the drone of flies.

“Papers,” he said to Aster in a bored tone, holding out a hairy hand. Then his eyes widened as they fell on Aster’s and Raven’s favors. “You girls have guarants?” he asked more roughly.

“Yes, sir, right here,” Aster answered evenly. “We’re transporting goods for our keeper. Be meeting him right on the other side of the border.” She handed the guarants over to the armyman, along with export documents for the cargo. He fixed a lens over his eye and scanned the papers slowly. If the guar- ants were legitimate, the bewitched ink, seen through the lens, would glow.

“‘In the service of Anthony Wise,’” he read aloud slowly. He glanced up at Aster and Raven, a smirk tugging at the corner of his mouth. “Well, aren’t you the lucky ones, finding that one special brag who’s willing to make you his forever. Tell me, what’s Mr. Wise doing sending his Luckers to do his business for him? Doesn’t seem very wise to me.”

“It’s strange country, Ferron. Mr. Wise gets lonely up there,” Aster said, keeping her tone level. “We’ve made this run half a hundred times to visit him. Just so happens this time we’re bring- ing some cargo with us. Why should he pay someone else to do it when we already know the way?”

Doubt passed over the armyman’s face. Aster didn’t break her gaze, forcing her body to remain still even as her mind whipped itself into a frenzy. If he’d been at this post a long time, he might know they weren’t the same Good Luck Girls sent for Anthony Wise in the past. The Ladies were careful to account for these things, but there were so many moving parts, so many places for this to go wrong—

At last, the armyman put his lens away and handed the guar- ants back. Aster let out a low breath.

“Says here you’re carrying a shipment of tobacco chaw,” he said, holding up the export documents now. “I’m going to need to take a look in the back.”

Aster flashed a reassuring smile at Raven before climbing down from the driver’s seat. But behind her smile, her mouth had gone dry. They were carrying boxes of chaw—but of course that wasn’t all.

Praise for The Sisters of Reckoning

Featured in Teen Vogue
“Populated by a unique and diverse collection of characters that you will immediately fall in love with, this is a novel that will make you think, make you feel, and make you cry out, 'glory to the reckoning'.” ―Lauren Shippen, author of The Infinite Noise: A Bright Sessions Novel
“Davis has a knack for effortlessly tying in character development to the fast-moving plot. Readers will enjoy meeting and continuing to get to know the diverse cast[.] This book is hard to put down and readers will be inspired by its ending...Perfect for fans of Snowpiercer and Firefly.” ―School Library Journal 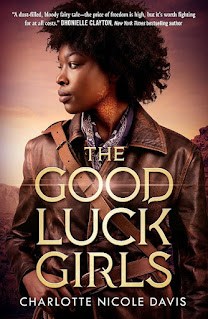 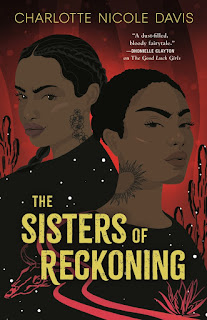 **About the Author**
Charlotte Nicole Davis is the author of The Good Luck Girls, a young adult fantasy novel releasing in Fall 2019 with Tor Teen. A graduate of The New School’s Writing for Children MFA program, Charlotte loves comic book movies and books with maps in the front. She currently lives in Brooklyn with a cat with a crooked tail. 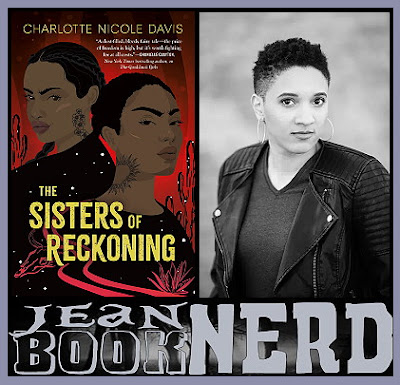 Giveaway Open Internationally | Must be 13+ to Enter
~ ends August 30, 2021
Note: Not Responsible for Lost & Damaged Prizes in Your Mail Box
a Rafflecopter giveaway
Blog Tour Organized by