Today, we are kicking off this 5-day Kindle Force promo for Vampire Samurai: Volume 2, PULSE Vampire World, #2) by Award-winning and USA Today Bestselling Author Kailin Gow! And, this will be available tomorrow, 9/22/2020!!! So... Be sure to check it out AND the cool giveaway, and grab your copy now! 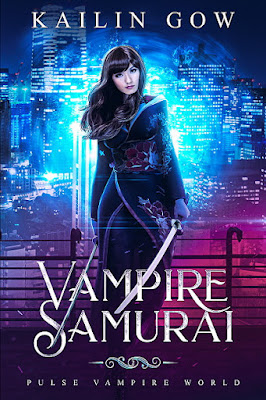 Genre:
Young Adult
Historical Fiction
Series:
PULSE Vampires World, #2
Publish Date:
September 22, 2020
Publisher:
RomanceOnTheGoBooks.com
(Imprint of Sparklesoup.com)
Synopsis:
Vol. 2 of Vampire Samurai - continues Evie Everheart's kick-a$$ adventure with the Vampire Samurai and his band of hot brothers...
Here's what it's about:
I am Evie Everheart. As a Life's Blood Carrier, I am pursued by all vampires who want to become All Powerful or to become human again. Which is practically ALL vampires. Basically, I'm screwed.
Then I meet him, the Vampire Samurai and his band of brothers...another vampire, a fae, and a shifter.
What they want of me, I've yet to find out.
Friend or foe?
I don't know. But as a carrier, all I know is that I must do everything I can to keep the vampires from getting my blood or humanity as we know it, would end.
**Vampire Samurai is a new series in the PULSE Vampires World Series, a YA series appropriate for age 16 and up. Rating is TV-14. 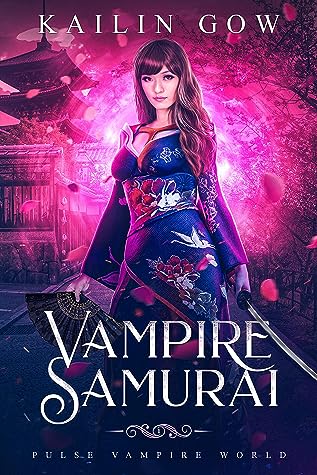 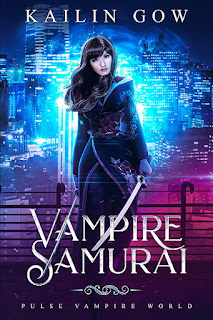 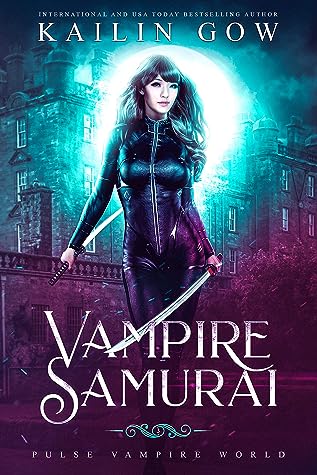 ~~~~~
Praise for KAILIN GOW
"The Saving You Saving Me Project is an important work that covers issues that are real.Read the book [and] support the project." —Frankie Boyer Show, nationally syndicated show in Boston's top station.
"[Kailin Gow] is very very sweet and an expert on body issues, self-esteem, and women's issues..." —Broadminded Show, nationally syndicated show on women and celebrities. Sirius XM Radio.
"Kailin Gow is an expert on young adult issues and self-esteem. On top of that, she's a very successful fiction author..." —John Mercure, news host on #1 radio news station WTMJ, Milwaukee.
~~~~~
**About the Author**
From visiting Romania, Award-winning and Million-Selling USA Today Bestselling Author Kailin Gow was asked to write stories about vampires; visiting the Black Forest in Germany and seeing the castles of Europe inspired her to write fantasy; visiting Asia's mystical mountains inspired her to write action adventure and mythological dystopians. From her experience in college as a peer counselor and her volunteer work with women's shelters, she was inspired to write contemporary romance with social issues for women, new adults, young adults, and teens. Having faced adversity, including battling stereotypes and bullying, Kailin Gow has become a well-known speaker and figure in media. Her adventurous bold spirit has taken her around the world, where she has ridden on top of elephants through jungles, hand-fed sting rays, studied kung fu from a Shaolin Temple monk, and learned cooking from a celebrity chef.
Compelled to write her first fiction book because of 9/11, Kailin Gow now has over 465 fiction books published under Kailin Gow and various Pen Names which are USA Today Bestselling authors in many genres. She is also an award-winning screenwriter, director, producer, speaker, and host whose films have screened and premiered in theaters all over the world including at Cannes. As a speaker and host, she has hosted international shows at the Pasadena Civic Auditorium, been a celebrity judge at beauty pageants, been a judge for writing contests, and hosted television series. She was featured as an Indie Author Success Story on the homepage of Amazon for a month and is also included in Amazon’s book called Transformations, and her YA book series called Bitter Frost Series has been made into a digital game, an animated award-winning short film, and is in development as a television series, and her coming of age YA/New Adult romance Loving Summer is being developed as a featured film.
Stacy connected with Kailin Gow 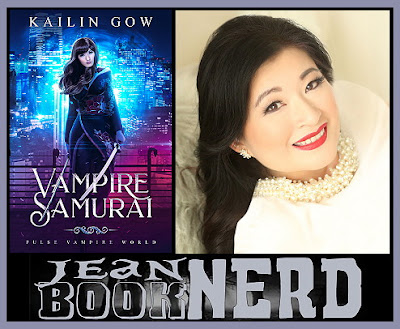 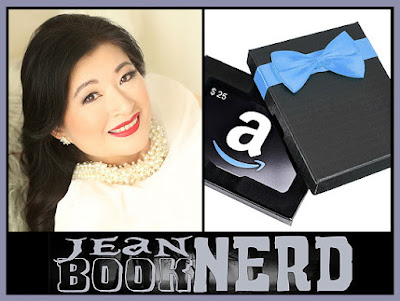 Giveaway Open Internationally | Must be 13+ to Enter
-ends October 12, 2020
Note: Not Responsible for Lost & Damaged Prizes in Your Mail Box
a Rafflecopter giveaway
Kindle Force Organized by 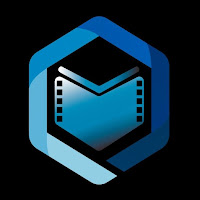