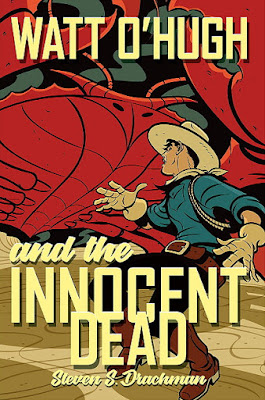 Synopsis:
On the morning of Wednesday, September 24, 1879, I awoke in a prison in Montana.

I did not imagine that evening might find me sprawled beneath a great and ferocious sand crab on a rancid beach, deep in the Hell of the Innocent Dead.

But that is indeed where I wound up.

The moral, if there is one: never plan your day too inflexibly.

THE WAIT IS OVER: THE CLASSIC ADVENTURE CONCLUDES....

In this, the final book of the trilogy, Watt O'Hugh, the dead/not-dead, time Roaming Western gunman, travels the length and breadth of the sixth level of Hell, recruiting a shadowy army that might storm the borders of the Underworld, free humanity and the inscapes from the clutches of the Falsturm and his Sidonian hordes, and stave off the Coming Storm.

Praise for WATT O'HUGH AND THE INNOCENT DEAD

"The third entry in Drachman'sseries (after Watt O'Hugh Underground) dives right into a complex world of time travel, lost love, faith, war, and the afterlife. The titularRoamer -- a time traveler with cowboy flavor -- is hoodwinked into getting good and dead. He wakes up in the Hell of the Innocent Dead, a place of Chinese myth devoted to those unjustly dead whose murderers still walk free.... VERDICT: Genre mashup devotees should get some good laughs and thrills from this Western/adventure/sf/fantasy blend." ―Nicole Steeves, Library Journal 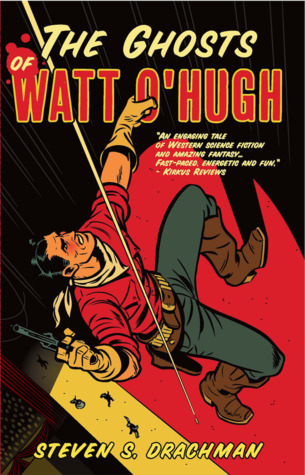 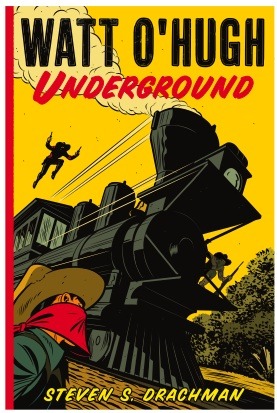 **About the Author**
Steven S. Drachman is a writer and critic whose work has appeared in The New York Times, The Washington Post, The Village Voice, The Boston Phoenix, The Chicago Sun-Times, and Entertainment Weekly. He has also written on the Middle East for the IsraelPalestinePeace e-zine and in the Kindle single, Enough Already: A Framework for Permanent Peace, which was the the basis for a Ted Talk in 2014.

His first novel, a Western sci-fi historical fantasy entitled The Ghosts of Watt O'Hugh, was named one of the Best of 2011 by Kirkus Reviews, and Winner, Best Fantasy Novel by Indie Excellence Book Awards 2012. Book 2 of the Watt O'Hugh trilogy, Watt O'Hugh Underground, was published by Chickadee Prince Books in 2014, to equivalent acclaim. The final book of the trilogy is Watt O'Hugh and the Innocent Dead. 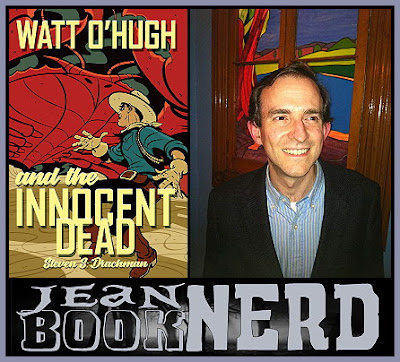