We are thrilled to share with you this Chapter Reveal for Abbie Roads' Saving Mercy, the first book in the Fatal Truth series! For those that haven't read the book yet, this will definitely be a sneak peek treat for you! Not only that, get a tease when you watch the trailer! The fun doesn't stop there... We have a cool giveaway to share, too! How about that!!! Not enough fun!?! Well, how about this?!? Saving Mercy ebook is on sale right now for only $0.99! Seriously!!! Sooo.... Check it out and grab your copy today!

It’s a sad testament to the state of humanity that we elevate serial killers to the level of mega-celebrity.
~Ellsworth Garyington, M.D, Journal of Human and Philosophical Studies

His head fell back on his shoulders. His breath came in shallow, hyper-ventilating gulps. From a distance, he heard himself moan, only it wasn’t a moan—it was more like the yowling of a feral cat fighting for its life. Or getting ready to mate.

Blood did that to him—was a pleasure and a pain. A gift and a curse.
He had a complicated relationship with blood. He hated it. He loved it. Blood was a conduit, a link, a connection, between him and those who slayed souls. Blood opened a doorway, allowing him to step into the mind and body of those who found bliss in ending life. He became the killer. He saw what the killer saw. Did what the killer did. Felt what the killer felt.

An incandescent light flashed behind his eyelids. Cain was gone. He was now the killer.

He stood on a ladder, rolling simple white primer on the wall.

A song had been locked inside his head for months and only now was it time to give voice to the words.

Lift your feet when you

Dance around the old well,

Be careful or you’ll tumble pell-mell.

Look into the dark, dark, waters

For the blood of your fathers.

He loved the song. He hated the song. But that was life, wasn’t it? It was all one big paradox.
A breathy sound intruded. He turned on the ladder to see the ones on the floor.
They were laid out in a neat row in the middle of the room. Each of them on their stomachs, hands bound behind their backs and tied to the shackles on their feet, mouths obliterated by duct tape. The male’s wrists were hamburger, dripping blood from fighting against the metal cuffs. But none of them struggled now.
Their faces were wet from tears, or maybe sweat—didn’t really matter—and splotchy red and pale. The child grunted.
“Do you want to sing along?” He used a soft tone, the same as he would if he were cajoling a whipped dog. “I will let you, but you must sing it properly. No mistakes.”

More tears slicked the girl’s face and dripped on the drop cloth underneath her. A bubble of snot blew from her nostril and hovered there waiting to pop. She shrank from him. The female seal-humped herself up and over the girl as if to hide the child beneath her body.

Oh, well. He wouldn’t allow them to destroy the pure freedom of this moment. He turned back to his task, losing himself in his song once more.

as payment for the ferry man,

as payment to the bar man.

as food for the hungry man.

And then, the wall was done, the completion of it sneaking up on him like a surprise party. He stepped off the ladder, moved it to the side to have an unobstructed view and then unzipped his painter’s coveralls and let them slide down his body.

The cool air whispered over his naked flesh like an endearment, the sensation wonderful after the confines of the material. His head fell back on his shoulders and he stood there absorbing and savoring. Everything from this moment to his finish would be carefully recorded in his memory. No matter what happened, no one could erase his memories. They were his alone—safe and untouchable—to be lovingly replayed until his death.

The female sobbed, deep throaty sounds similar to gagging. He faced the ones on the floor and used a gentle voice. “I do understand this is distressing for you, but I—” He dropped his tone a couple of octaves to show his seriousness. “—need. Complete. Silence.” He took his time, meeting and holding each one of their gazes before he continued. “I need to rest now.”

Only when they all quieted did he sit on the couch he had moved to face the wall. The material he’d spread over the cushions—couldn’t risk leaving DNA when he left—scratched against his ass and testicles, but that couldn’t be helped. He laid back, stretched out, waiting for his body to relax.

The blank canvas before him was a beautiful thing. All the potential in the world was right here. A picture waiting to be born.

He emptied his mind of all thoughts and feelings and stared at the wall. He stared, unblinking, until his vision yellowed and then darkened into something that looked akin to an x-ray. He stared, until tears watered his cheeks and his eyes burned like hot coals in their sockets. Only then did he catch a flash of what needed to be created—all he needed was a glimpse.

He was about to create a masterpiece in blood.
A sense of timelessness came over him as he killed and painted. Painted and killed. He lost himself in his work. Not thinking about anything, just letting his hands wield the brushes mindless of the image he produced. When the blood was nearly gone and an image had been born upon the wall he came back to himself.
He stepped away from the wall taking more and more of it in with each footstep until he stood on the other side of the room, taking in the full magnitude.
The color contrast of blood on white was as breathtaking and beautiful as a flock of cardinal against the brilliance of snow. Tears burned his eyes. His face stung, and a wild freedom he’d hadn’t experienced in years surged through him. He recognized the feeling. In this moment he was God. The author of destruction. And creation.
The image he’d painted was so… No words existed to convey the gloriousness. Words were small and meaningless compared to this wall.
On the wall—a man knelt, head bowed, hair falling forward, shielding his face from view. Even in that supplicant’s position, supremacy and authority radiated from him. He looked like the strongest of warriors after a great battle—exhausted, but not weak. No. Never weak. There wasn’t an ounce of vulnerability in his sinew, muscle, and bone. Nor was there any delicacy to the lacework of scars marring the skin of his arms. And on his chest, directly over his heart were two criss-crossed slashes that dripped blood down his torso.
Surrounding him were a magnificent pair of wings. Not the kind you’d see on a sparrow or even on a chubby cupid, but the kind of wings that conveyed power and strength and utter indestructibility.
He loved the picture as he loved himself.

In a recent online auction, the knife Adam Killion used in the Ledger family murders sold for a record breaking 2.3 million dollars. The Son of Sam Law prohibits convicted felons from profiting from their crime, but someone just made a fortune.
~J. C. Brown, www.criminalnewsinvestigations.com
Chapter Two
Mercy Ledger sat in the therapy circle with eleven other crazies from Ward B. The pungent funk of unwashed bodies and rotting chicken—thanks to Bo Coray and his chicken fetish—hung heavy in the air. The suicidal, homicidal, or just plain psychotic didn’t care about trivial things like hygiene.
Dr. Payne wore his usual attire—three-hundred dollar shirt, perfectly tailored pants, and shoes so shiny when he stepped in front of her she could see her reflection in them. He looked too GQ to be a psychiatrist in this underfunded, overpopulated, dump of a mental hospital.
He handed her a sheet of paper. In what had once been bold letters, but now were more in the realm of fuzzy gray from over photocopying, it read:
GRATITUDE JOURNAL
Practice an attitude of gratitude!
List three things you are grateful for today!

What does it say about us that our primary sources of entertainment are shows and movies that glamourize violence, rape, and murder?
~Ellis Worth, M.D, Journal of Human and Philosophical Studies 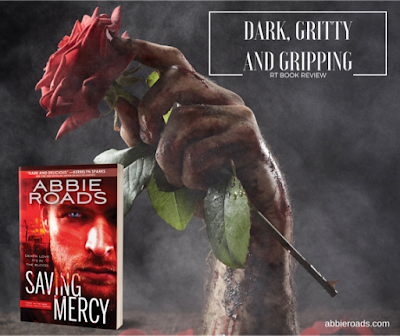 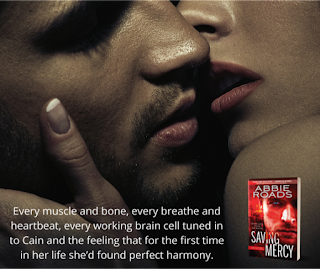 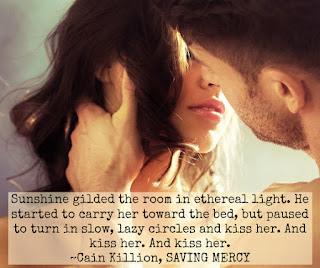 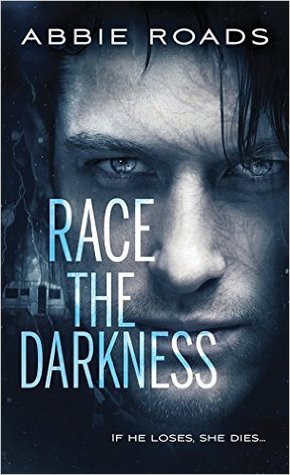 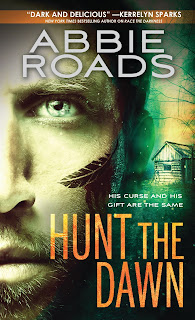