Welcome to the Official Blog Tour for Kathleen Baldwin's Refuge for Masterminds, the third book in the Stranje House series! The tour will consist of a variety of different posts. On our tour stop today, we have an exciting excerpt to share with you! So... Check it out and grab your copy today!
Follow the tour, HERE! 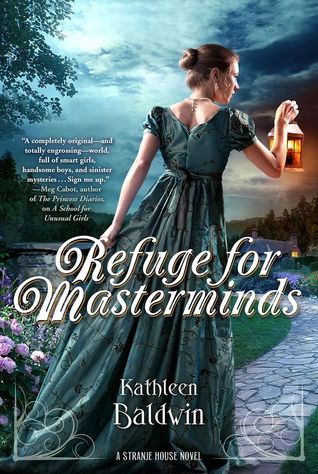 Synopsis:
Lady Jane Moore has a secret. A secret that must be kept buried. For if anyone discovered the truth, her life at Stranje House would crumble. And with Napoleon Bonaparte’s invasion of England underway, everyone at Stranje House is already in danger. Mortal danger.

Jane knows it. She may not be like Tess, who has the advantage of prophetic dreams. Nor is she like Sera, who notices every detail no matter how miniscule and draws conclusions based on the smallest thread of evidence. She doesn’t possess Maya’s ability to soothe the tempers around her with a few well-spoken words. Neither is she a brilliant scientist like Georgie. According to Miss Stranje, Lady Jane Moore is a mastermind.

Jane doesn’t consider herself a mastermind. Quite the contrary, she believes herself to be an ordinary young lady. It’s just that she has a rather excessive bent toward the practical. She tends to grasp the facts of a situation quickly, and by so doing, she’s able to devise and implement a sensible course of action. But that’s all there is to it. Well, there is the fact that she also organizes the players in her plans with quiet efficiency. So much so, that occasionally Lady Jane’s friends tease her for being a bit managing.

Do they expect her to sit back and do nothing when trouble is brewing? Not likely. Not when the people she cares about are at risk. Call it being a mastermind if you must, it is a trait that comes in rather handy in a world full of spies, sabotage, and double-dealing. Especially now that Lady Jane and Sera have rooted out the truth: There is a traitor at Stranje House.

Someone is sneaking information to Lady Daneska and Ghost, Napoleon’s spies. Jane is determined to find out who it is before the bonds of friendship at Stranje House are ripped apart by suspicions. Her desperate hunt for the traitor ensnares Robert Fulton’s nephew, Alexander Sinclair, a brash American inventor, in an ambush that puts his life in danger. Sinclair may well be the most maddening man in all of Christendom, a wicked-tongued rascal with boorish manners, but for some reason, Lady Jane cannot bear the thought of the golden-haired genius being harmed.

Is Jane enough of a mastermind to save Alexander, her friends at Stranje House, and possibly England itself?

*Excerpt*
In truth, I am nothing like the other girls at Stranje House. They all have extraordinary talents and skills. Tess is a warrior who has the advantage of prophetic dreams. Sera takes notice of every detail, no matter how minuscule, and draws conclusions based on the smallest thread of evidence. Georgie is a brilliant scientist, and Maya’s voice is magical, she can soothe tempers with a few, well- spoken words.
I have none of those skills.

As my brothers so delicately phrased it, I am an overly opinionated female who refuses to mind her own business. Of course, they would say that, wouldn’t they? After our parents died, the two rascals spent all their time in the brothels and gaming rooms of London. They abandoned me, leaving me to manage the servants and our failing estate. By implementing new farming methods, I was able to make the estate profitable, and by investing the extra capital, I tripled our income. My brothers wanted the money to support their habits. I tried to stop them, restricting their access, and scolding them for their excesses. That’s why they packed me up and hauled me off to Stranje House, to keep me out of their way. They may be scoundrels, but they are correct, I am stubborn and rarely obedient. I have absolutely no idea why Miss Stranje allows me to stay. She says it is because I am a mastermind.
Stuff and nonsense!
I’m no mastermind. A mastermind is a strategic genius. I’m nothing of the kind. Oh, I admit I am a bit managing, and I have a rather strong bent toward the practical, but only because I easily grasp the facts of a situation, much the way one does when playing chess. It’s a simple thing, really, anticipating an opponent’s next few moves, and it’s only natural to devise and implement a sensible course of action. After all, it’s my duty to protect and care for the people I love. That’s all there is to it.
Nothing extraordinary.
Well, I suppose I do have a knack for organizing the players in my plans, and I like to think I do so with quiet efficiency. Occasionally, my friends tell me I’m not as subtle about organizing them as I imagine myself to be. They sometimes tease me about that. Tess, in particular, likes to needle me by saying I would’ve made a splendid governess. Although, when it comes to teasing, none of them holds a candle to Alexander Sinclair.
What would they have me do? Sit back and twiddle my thumbs when trouble is brewing? Not ruddy likely. Not when people I care about are in danger. I was born an earl’s daughter. It’s only natural that when difficulties arise, if no one steps up into the driver’s seat, I do what must be done and take the reins in hand.

Don't miss the previous titles in the Stranje House series! 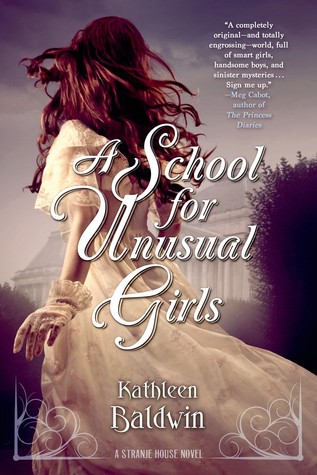 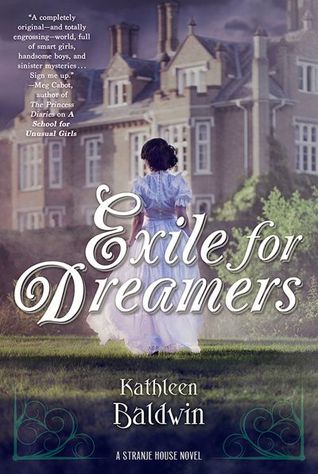 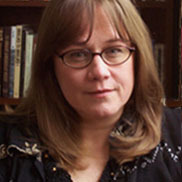 Award-winning author Kathleen Baldwin loves adventure in books and in real life. She taught rock climbing in the Rockies, survival camped in the desert, was stalked by a mountain lion, lost an argument with a rattlesnake, enjoyed way too many classes in college, fell in love at least a dozen times, and married her very own hero. They’ve raised four free-spirited adventurous children.Awarded 2016 Spirit of Texas, A School for Unusual Girls , is her first historical romance for Young Adults. It is a Junior Library Guild selection. Publisher’s Lunch listed it in their 2015 Young Adult BookBuzz. Kansas State NEA Reading Circle gave it a starred review in their 2016 “Best of the Best” for High Schools. Scholastic licensed it for book fairs, and New York Times Book Review called it “enticing from the first sentence.”Kathleen is also an avid reader and adores the wit and humor of Oscar Wilde, P.G. Wodehouse, and Jane Austen. Her eclectic reading interests range from Frank Herbert to Meg Cabot, and on to the delightfully imaginative tales of Diana Wynne Jones. 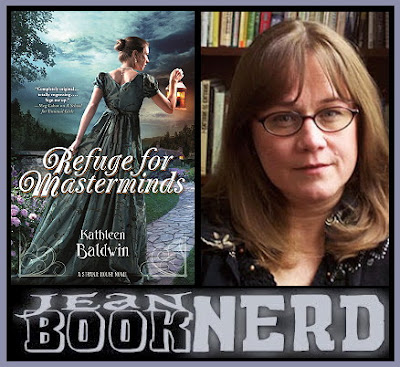 Note: Not responsible for Lost or Damaged Prized in Your Mail Box
a Rafflecopter giveaway
Blog Tour Organized by