AUDIOBOOK TOUR: A Fallen Hero by Sara A. Noë 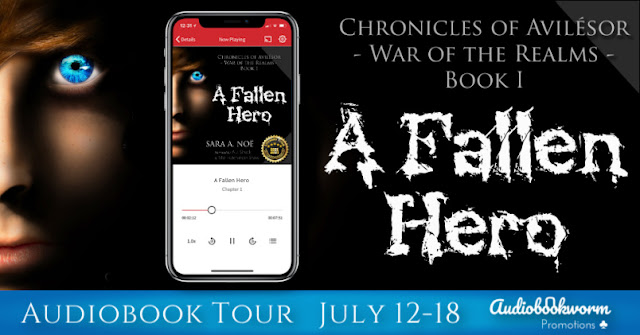 Welcome to the Official Audiobook Tour for Award-winning Author Sara A. Noë's A Fallen Hero, the first title in the Chronicles of Avilésor: War of the Realms series. Narrated by A.J. Shuck and Mia Hutchinson-Shaw. Today, on our stop, we will kick off this tour with a spotlight on the book featuring an exclusive audio excerpt. So... Be sure to check it out and start the series now! Follow the tour, HERE. 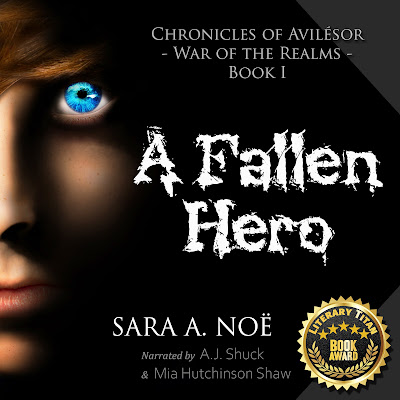 Genre:
Young Adult
Paranormal/Fantasy
Science Fiction
Series:
Chronicles of Avilésor: War of the Realms, #1
Publish Date:
November 22, 2021
(first published August 7,2018)
Audiobook Release Date:
April 9, 2022
Length:
18 hours and 50 minutes
Publisher:
On the Cobblestone Road LLC
Producer:
Audiobook Empire
Narrated by:
A.J. Shuck
Mia Hutchinson-Shaw
Synopsis:
Cato is the only true half-human, half-ghost hybrid in existence. He's powerful and unique with two divine powers instead of one.
The United States government believes he is the key to developing a devastating weapon that will give humankind an advantage when war inevitably erupts between the Human Realm and Avilésor, the Ghost Realm.
After being an unwilling test subject in Project Alpha for two years, Cato and the rest of his "lab-family" survive a transport accident to find themselves stranded and powerless in the middle of the wilderness. Hunted every step of the way by ghostly Shadow Guards with supernatural abilities and human Agents desperate to recapture their prisoners, the eight young fugitives are drawn to Cato's hometown where the Rip between Realms connects the worlds.
Cato wants nothing to do with his past, but as his enemies close in, he realizes he's willing to do anything to protect his lab-family . . .
. . . even kidnap the daughter of a ghost hunter and make a dangerous deal to become a mercenary. 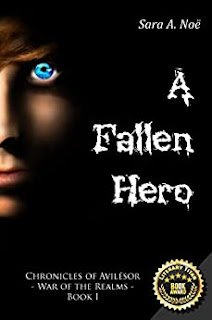 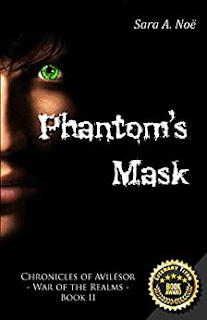 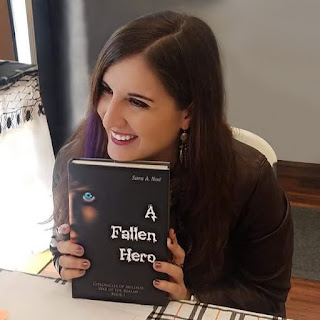 Sara A. Noë is an award-winning author, artist, and photographer. She has had poetry, short fiction, and memoir works featured in various anthologies and journals since 2005, and her poetry is now available in the Indiana Poetry Archives. Notable art achievements include her photograph "Aftermath" published on the cover of Voices Literary Journal in 2018, photograph "Spiraling" awarded Best Still Life in a 2019 juried gallery exhibit, and charcoal artwork "The Raven" displayed in the Uptown Arts District of Michigan City, Indiana.
A Fallen Hero, the first novel in the Chronicles of Avilésor: War of the Realms series, was published in 2018 and has been critically acclaimed by NAM Editorial, The Prairies Book Review, Literary Titan, and Chronicle Focus Editorial, among others. The novel made book reviewer Lauren Gantt's list of Top 10 Favorite Books of 2019 and won the Literary Titan Gold Book Award in 2020. The series sequel, Phantom's Mask, was released in July 2020 and won the Literary Titan Gold Book Award less than two months after its release.
As an artist, Sara creates her own covers and graphics. She lives in a little cottage with her calico cat, Calypso, who has a fondness for chewing pens and being as loud and sassy as possible.
Stay connected with Sara A. Noë 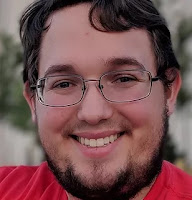 A.J. Shuck is an Audiobook Narrator and Producer with 3 years of experience in Audiobooks and more than a decade of experience in stage acting and musical theatre. He fell in love with performing at the age of 13 when he premiered as Nerd #3 in a local production of High School Musical. He has a passion for books and reading especially YA Fiction and Mysteries. He believes strongly that the right words at the right time can change the world, certainly, they've changed his world. He is a proud member of the APA (Audio Publishers Association). He currently lives in Oklahoma City with the love of his life and their 3 beautiful daughters who have him wrapped around their little fingers.
Stay connected with A.J. Shuck 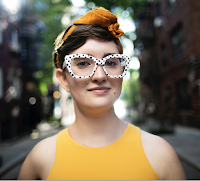 Mia Hutchinson-Shaw is an actor and narrator based in NYC. Mia creates soulful, saucy, and lovable characters with her arsenal of accents and flare for the fun. Mia comes to narration with her background in classical and period-drama theater Off Broadway and Regional Stages. She trained in the UK at the Royal Conservatoire of Scotland, BA Acting with Honors (UK Equivalent to BFA) and was raised between Massachusetts and Montana. When not working as an actor, Mia is thrifting for her next outrageous, colorful clothing item, getting on her soap box about low-waste living, or hunting handmade jewelers for a new item for her collection of giant earrings. Her favorite is a pair of hot pink Galahs (a bird from Australia).
Stay connected with Mia Hutchinson-Shaw 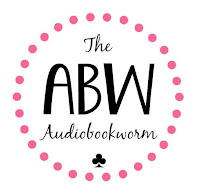