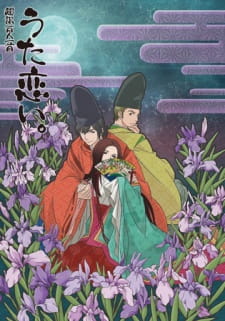 Based on the manga written by:
Kei Sugita

Plot Synopsis:
Uta Koi tells the "super-liberal interpretation" of the Hyakuninisshu anthology compiled during Japan's Heian period of 100 romantic poems from 100 different poets such as The Tale of Genji's Murasaki Shikibu.
source

Chouyaku Hyakuninisshu: Uta Koi or simply Uta Koi, is a thirteen-episode anime with vibrant artwork that captures the beauty of Heian period poetry. Kimono with floral and seasonal designs to match the poems being recited, little historical facts dropped into the anime, and an opening theme song that matches the loosely interpreted history behind it, all bundled with twenty first century humor. The anime seems lively and comedic at first with anime characters’ trademark exaggerated facial expressions, but each little episode contains a mini lesson from the poet’s life in the luxurious court life of Japan at the time. The anime may have thirteen episodes, but each is split in half to tell the story of a different poet. Uta Koi focuses on the most famous of Heian poets such as Ono no Komachi, Ariwara no Narihira, Murasaki Shikibu, Sei Shonagon, and Fujiwara no Sadaie. As such that the anime does not have a definitive storyline. It does, however, have an overarching theme of love and passion being brought into the world through poetry. It is a very nice and quick anime to watch in your free time, but my only criticism is that the viewer might need to know a bit about Heian era literature to fully understand or enjoy this series. 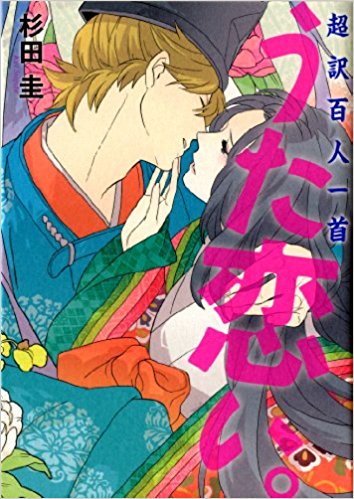 Posted by Mariah Bonifacio at 8:41 PM