Today, we are kicking off this 5-day Nerd Blast + Giveaway for Archivos created by Dave Robison!!!

With ARCHIVOS, storytellers are empowered to be the architects of their stories. Through an interactive visual representation of an entire story world, storytellers and fans can examine the interconnections between characters, places, and events. Produced by Wonderthing Studios, ARCHIVOS provides - at a glance - a deep appreciation and comprehension of the interaction between story elements composition, superior to any wiki or blog.

Description
ARCHIVOS is story mapping and presentation application developed by Wonderthing Studios, designed to support storytellers in the creation and promotion of their story worlds.

History
Wonderthing Studios LLC was founded in January 2015 by David Robison to celebrate and foster the storytelling community in all its forms and facets. The studio develops multiple channels of engagement – from podcasts to board games to software – in order to support storytellers and provide tangible opportunities for the creative community to interact and share wisdom and experience.

ARCHIVOS has been in development for over a decade, built upon the idea of a visual representation of the network of interaction between story elements. It’s creator, David Robison, conceived a framework of documentation and relationship that would articulate the dynamics of a story setting more effectively than any wiki or blog. The application serves as both a development tool for narratives as well as a presentation framework for sharing those narratives.

The Story Web
Explore the associations and connections between story elements with The Story Web. This interactive display allows you to analyze the networks of association in your story setting and navigate its length and breadth with a few clicks of the mouse!

The Living Map
Highlight the significant events and locations of your story world in the Living Map. Geography, city maps, floor plans can be showcased in this interactive and searchable display.

The Timeline
Chronicle the significant events of your story world – from deep history to current events – and then explore the entire continuum on the Timeline! Zoom in to see days or zoom out encompass decades, ensuring continuity and consistency across your story setting.

I am very excited by the potential of Archivos for authors and storytellers of all stripes. I am truly enjoying watching Archivos evolve! ―Mary Layton, Author

There’s no better way to get a visual recap of any story than there will be when ARCHIVOS hits the streets. Watch out. ―Jay Swanson, Author, Vlogger, and Chronic Transient

Archivos provides individuals and organizations with an extraordinary tool, one where the structure and breadth of a narrative can be deftly visualized, shared, and explored. My team of creators is delighted to be working with Archivos and making use of their fantastic system! ―A. David Lewis, Comics for Youth Refugees Incorporated Collective 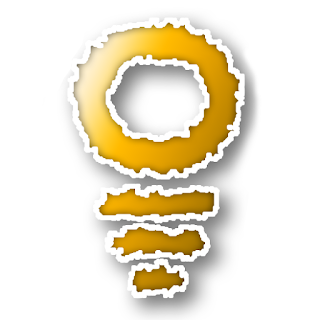 **About the Creator**
Dave Robison is a storyteller who has been captivated by tales and legends his entire life.

He’s contributed vocal fabulousity to dozens of audio drama and fiction productions for EscapePod, Pseudopod, Cast of Wonders, and Podcastle, as well as The Drabblecast, StarShipSofa, Tales to Terrify. He has narrated several audio books for Tantor Media, J. Daniel Sawyer, Scott Roche, and John Meirau and appeared in audio dramas by Jay Smith and Bryan Lincoln.

As a child, he wrote Curious George and Paddington Bear fan fiction to the indulgent delight of his family. He was drawn to the immersive storytelling of live theater at an early age, participating in community workshops and school productions, a passion that continued through high school and college. He was also drawn to role-playing games which led to a deep appreciation of speculative fiction, cutting his genre teeth on Robert E. Howard, Michael Moorcock, and JRR Tolkien.

He attended the University of Michigan, majoring in Theater and Dance but transferred to the University of Wyoming when tuition costs got too expensive. Securing his Theater degree, Dave pursued a degree in Graphic Design and, in the years that followed, worked at dinner theaters, design studios, and ran a used bookstore. When he was hired teach computer classes at New Horizons Computer Learning Center, it began a decade-long exploration of programming, education, and web development.

In 2012, Dave launched The Roundtable Podcast with friend and colleague Brion Humphrey. The podcast gave writers the opportunity to brainstorm their story ideas with established authors and editors like Lou Anders, Cat Rambo, Kameron Hurley, and Hugh Howey. The unique format combined with Dave’s over-the-top delivery and enthusiasm earned the podcast a small but dedicated following.

In 2015, Dave formed Wonderthing Studios, LLC and brought the Roundtable Podcast under its banner. The studio is the launching point for several creative endeavors including Vex Mosaic, a monthly review of essays inspired by speculative fiction media, and Manifest, a board game combining the positional strategy of chess with the fantastical diversity of Magic: The Gathering.

In 2016, Dave was honored to be invited to help lead The Ed Greenwood Group (TEGG) as its Vice-President assisting in the initialization of the diverse processes required to execute a massive shared world collaborative storytelling publishing venture. Later that year, he was appointed Executive producer of Onder Media Group (OMG) overseeing the development of multiple media channels that celebrate speculative fiction culture in all its forms and facets.

In 2017, Dave released Archivos, a story mapping and presentation tool, through Wonderthing Studios. 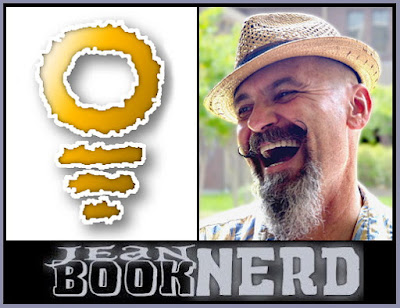 Giveaway Open Internationally | Must Be 13+ to Enter
Note: Not Responsible for Lost & Damaged Prizes in Your Mail Box
a Rafflecopter giveaway
Nerd Blast Organized by