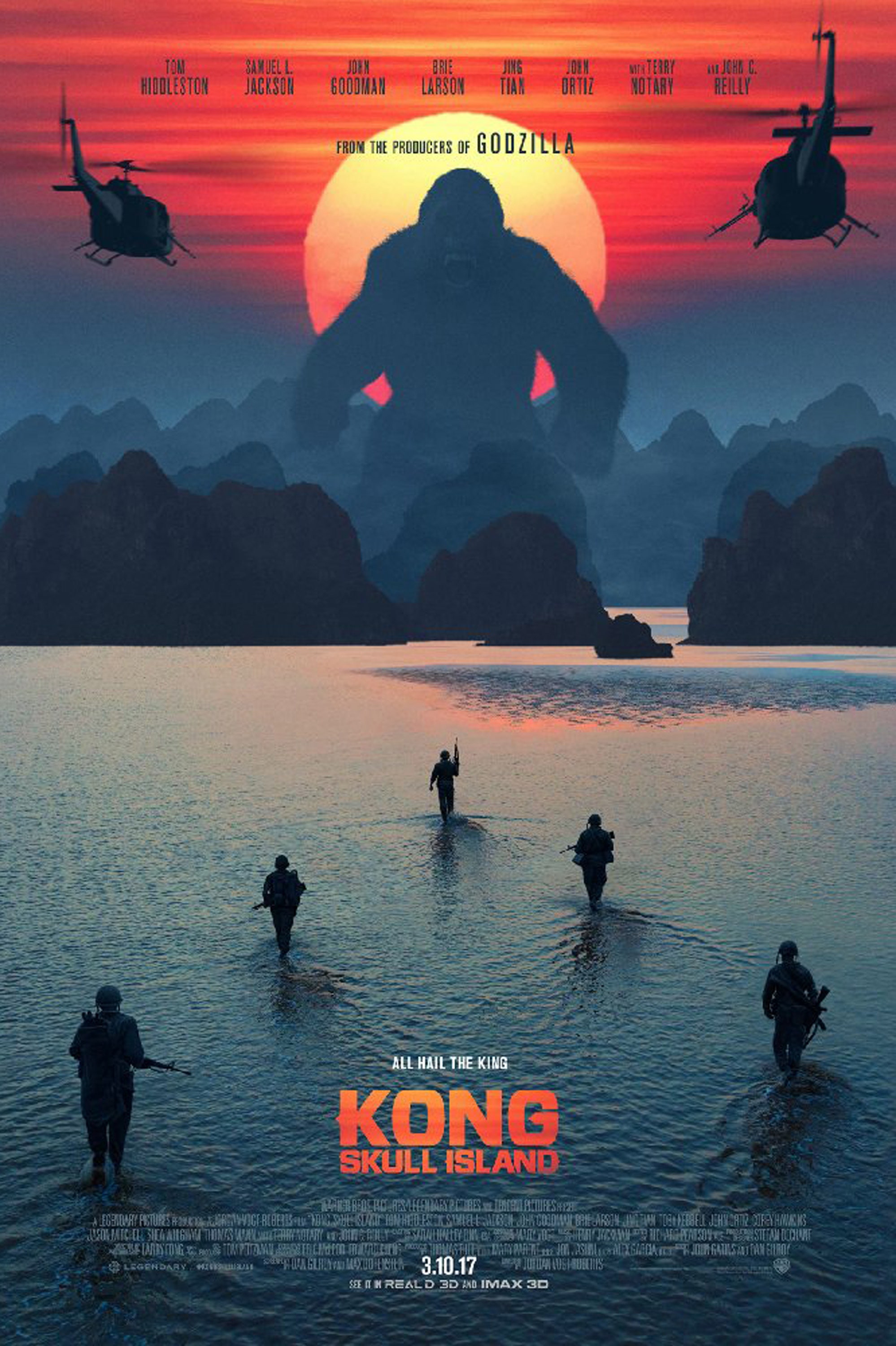 I have always been a fan of big monster movies, all the way to when I was a child. Oh yeah! King Kong, Godzilla, Mothra, etc.... you name it, those classic big monster movies, and I'm pretty sure I have watched those movies through the years. I really enjoyed the different views on these monster stories. So, I finally watched this latest Kong movie, AND I am finally writing out my thoughts on it.

This latest movie feels like an "origins" movies since this "scientific expedition explores an uncharted island... Yep! This island has remained hidden from man for years, unless they accidentally stumble upon it, such as the "prologue" of this movie reveals. This expedition starts off well enough until they get to the island. They soon realize that monsters do exist. From then on until the end, they fight to survive on an island of monsters. However, which monsters are the ones that they need to fight off to survive?

I thought the cast was fantastic. The character development was adequate enough to get that realism. They made their ordeal and struggle to survive realistic on an imaginative island. Their interactions with these monsters was believable...considering these monsters were CGI created...haha!!! Anyways, I thought their world building/story setting was well done. The once commonality that these Kong movies have is that Kong is portrayed as a protector. Yes, Kong was/is the good guy in this movie. The film also delivers the idea of Man's arrogance of being superior...yes, I am saying it. It seems to take on the man vs. nature concept to a monster level...hahaha!! Well, it is always interesting when films subtly intertwine real world issues into the plot. Moreover, I did like the subtlety in their approach on telling this story. And, the action/fight scenes were played out and choreographed well. I even enjoyed the touching and heartwarming end of this movie.

Now, sometimes, when there is a "prologue" in a movie, sometimes, there is an "epilogue" in the form of an after credit scene. And, this movie has it! It is an interesting scene. It definitely sets up the concept that these big monsters are alive and well in this same world. Huh... A possible Kong and Godzilla crossover?!? Hmmm... Maybe we will see all those other monsters make their appearance in other future monster films?!? Well, we will have to wait and see if we will see today's take on these monster classics. So...Yah, this take on King Kong has a lot of room for more storylines.

There ya go! My thoughts, as a fangirl, on Kong: Skull Island. 😊

Posted by Jasmine Albitos at 2:15 AM