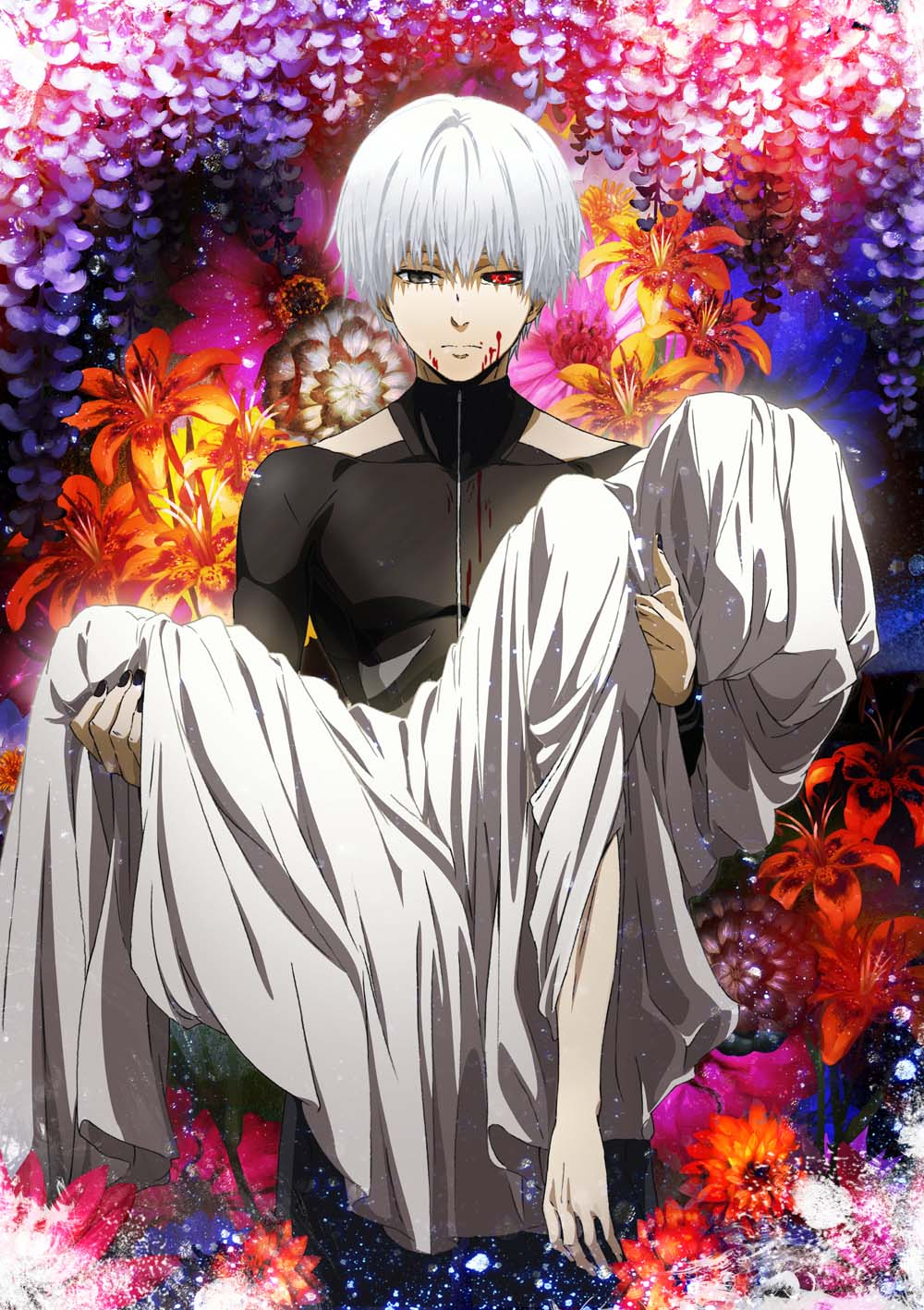 Plot Summary:
In modern day Tokyo, society lives in fear of Ghouls: mysterious creatures who look exactly like humans—yet hunger insatiably for their flesh. None of this matters to Ken Kaneki, a bookish and ordinary young man, until a dark and violent encounter turns him into the first ever Ghoul-human half breed. Trapped between two worlds, Ken must survive the violent conflicts of warring Ghoul factions, while attempting to learn more about Ghoul society, his newfound powers, and the fine line between man and monster.

Root A has the same concept as the manga following the events of the Aogiri Tree arc in Season 1 but has left out plot points that are actually quite important, such as events in Dr. Kanou’s lab (the doctor who completed Kaneki’s organ transplant), I don’t believe certain members of the Clowns were introduced, and Rizes’ body is wiped from the anime. There’s a sense of value or sentiment taken away when plot points in the manga aren’t included in the anime. Root A is basically a wrap up of the Tokyo Ghoul anime without a lot of thought to “What if Studio Pierrot and FUNimation want to continue the anime with Tokyo Ghoul:re,” the name of Sui Ishida’s continuation manga of Tokyo Ghoul, and seemed rushed near its’ last few  episodes or dull. Apparently, the final episode of Root A was tear worthy to some but I found it incomplete, adding one more episode somewhere in the center wouldn’t have hurt, but I guess this allows Studio Pierrot and FUNimation to continue into :re with more liberty to manipulate the story line. Again, it was the same concept but how the ending was distributed to its’ fans could be a deal breaker… unless I’m being nit-picky. It’s not a completely bad thing, it just feels more entertaining to watch as a fan of the manga, “So that’s what they look like in color,” “That’s how he sounds like,” “I would’ve loved to see this scene in the anime.”

Posted by Mariah Bonifacio at 1:24 PM