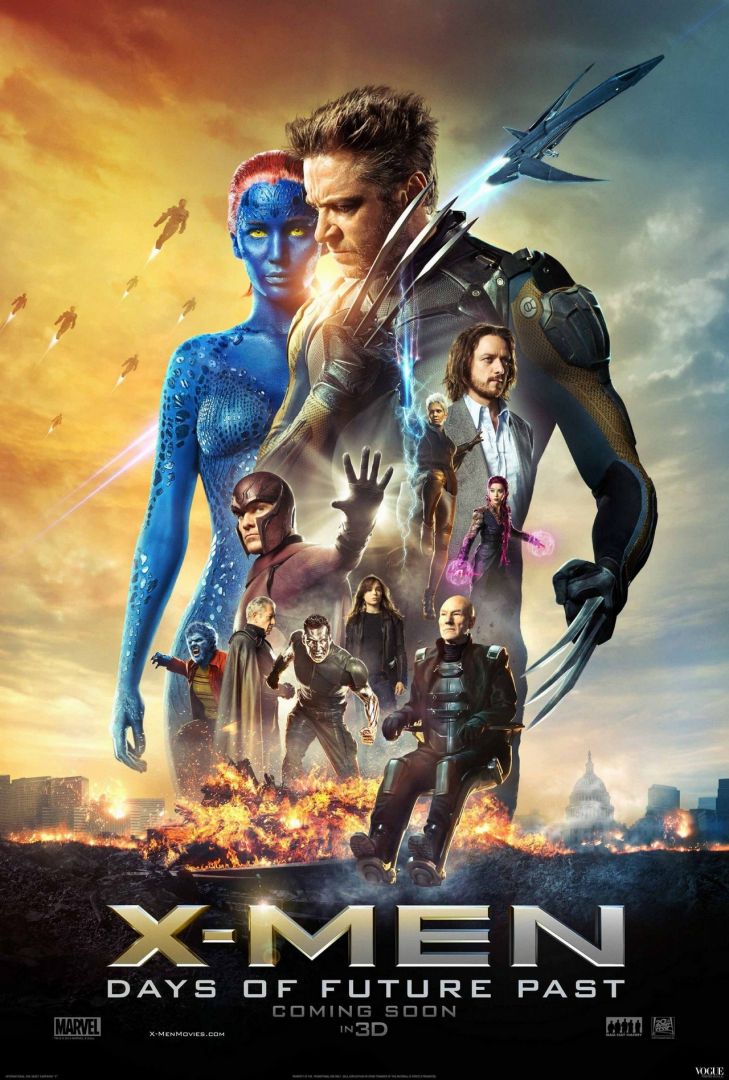 Plot Synopsis:
The X-Men send Wolverine to the past in a desperate effort to change history and prevent an event that results in doom for both humans and mutants in the future.

Well, my family and I finally got our movie night, and X-Men: Days of Future Past was one of the movies we watched! We absolutely loved it! Every time I watch an X-Men movie, they keep upping the ante on it. I keep getting blown away with the creative story/plot and the characters. Of course, it's awesome that the actors, that first started portraying our favorite mutant characters, keep reprising their roles is just outstanding. There is character growth with each film, and every time the cast just nails it! The fight for humanity is very much present in this storyline. It is apparent in their future, mutant abilities continue to grow and evolve, as we have seen with the character Kitty Pryde and Iceman portrayed by Ellen Page and Shawn Ashmore, respectively, since the first movies. There is so much happening as we get glimpses of what's happening both in the future and the past, simultaneously. It may seem confusing, but as long as you don't miss a scene, the movie was easy to follow...the movie easily flowed back and forth.

X-Men:Days of Future Past isn't just an action/adventure movie, it is also an emotionally charged narrative that relays a message of hope and the fight for humanity..."for humans and mutants alike." Crazy, but a great truth told with favorite comic book characters. With the fair share of action, effects, and an amazing storyline, I...and the audience...was completely captivated with the movie. Whoa! To top it off, we waited for that after credits scenes that has been talked about. And, whoa, are we in for more in the next X-Men movie. I am already excited.

This is an undeniably an amazing, gripping and emotional summer movie that is a "must see!" It's not just another comic book movie!

Posted by Jasmine Albitos at 1:49 AM