The worldwide phenomenon comes to life in Fifty Shades of Grey, starring Dakota Johnson and Jamie Dornan in the iconic roles of Anastasia Steele and Christian Grey. 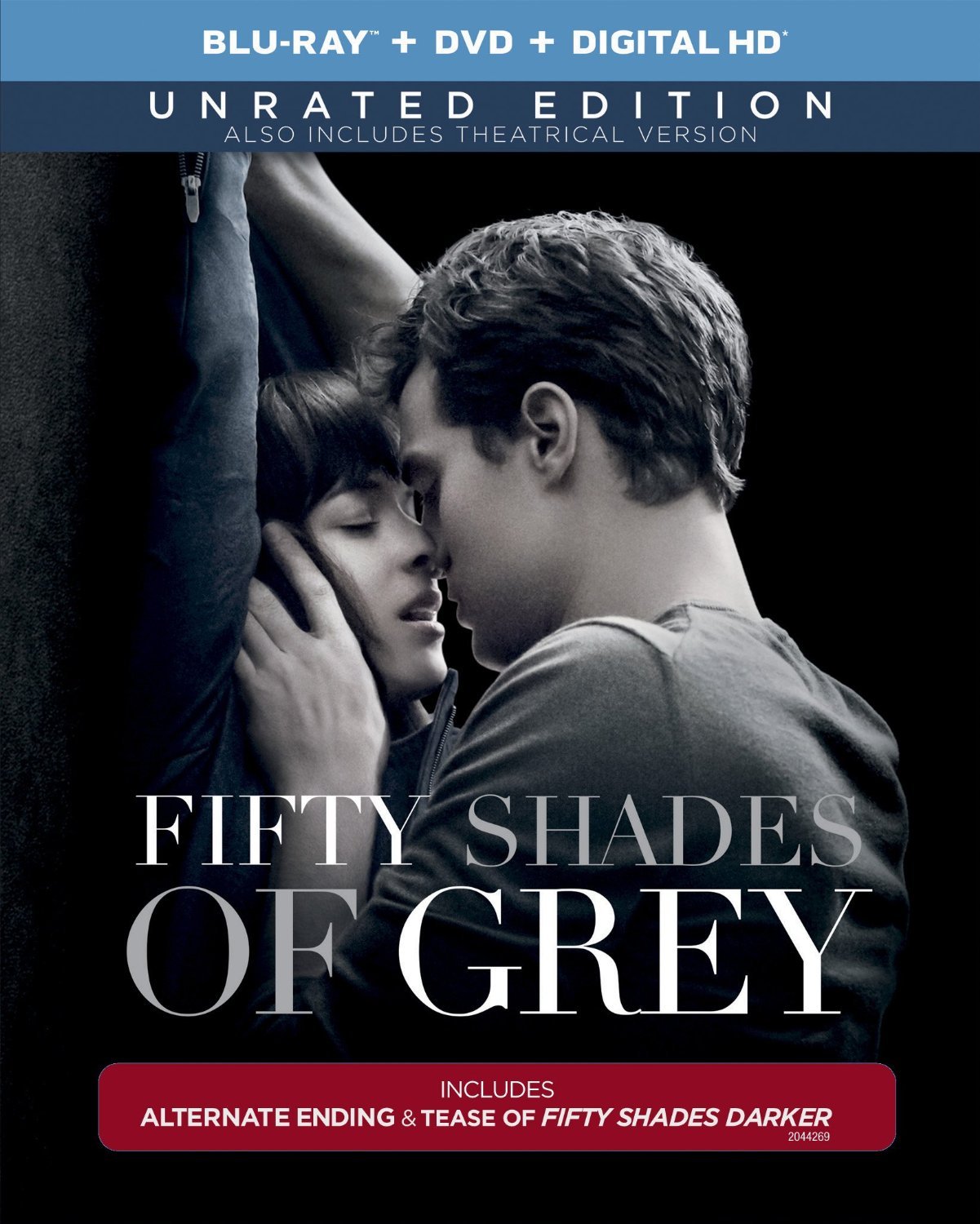 Bonus Features:
Behind the scenes, The world of Fifty Shades of Grey: friends & family

Plot Summary:
Ana is an inexperienced college student tasked with interviewing enigmatic billionaire Christian Grey. But what starts as business quickly becomes an unconventional romance. Swept up in Christian's glamorous lifestyle. Ana soon finds another side to him as she discovers his secrets and explores her own dark desires. What results is a thrilling, all-consuming romance as Christian and Ana test the limits they will go to for their relationship.

Fifty Shades of What am I doing with 125 minutes of My Life. As a person who hasn’t read the book, I would say the film is a bit meaningless and therefore doesn’t encourage me to read the books or follow up for Fifty Shades Darker. The unrated Blu Ray of the film was pretty and glittery but it lacked a certain of depth when I watched it.
I will start with the set design. While it is beautiful and well planned to fit their individual characters from Anastasia Steele’s homely apartment to Christian Grey’s expensive red room, the characters played by Dakota Johnson and Jamie Dornan respectively. They were cliché. Upon watching the Extras on the Blu Ray disk, the set and costume designers wanted to incorporate personality into attire. Anastasia’s room was simplistic and girly with shelves of books, a tribute to her personality as the inexperienced and innocent girl.  Her second room, in Christian’s apartment, is white with a cushiony bed, completely symbolic of a delicate female. A cute tidbit that caught my eye when they first entered the room, was the caged dove with an open door; a representation of Anastasia in the events of the movie. Christian’s apartment was what almost any girl would think her dreamy, billionaire boyfriend’s abode would look like: classy, large, almost designer, and stoic. Until you get to the red room, which showed Christian’s want for dominance and his seductiveness.
Now the actors in Fifty Shades of Grey, seemed to enjoy their rolls quite a bit. Their performances were well done for the roles needed to portray but the intensity of some scenes were overdone and felt nearly tacky because on certain occasions, there wasn’t a need to have such a serious “poker face.” What bugged me the most was Christian’s “intense gaze”. Was that really necessary to show charisma? Homie, you look like a psychopath but otherwise, Mr. Dornan’s performance was spot on for what was required of that character; if I am correct that would be a serious, well behaved (in public), and to the point business man. Many of the side and minor characters had more appeal than the two stars of Fifty Shades; their performances were subtle yet effective and didn’t need long periods of time to either be likeable or annoying.
While Fifty Shades of Grey has sparked much controversy for the BDSM community, I didn’t notice abuse in the sex scenes or “punishment” scenes as Anastasia didn’t scream “Stop” or “No” until pushed over the edge. It’s probably more in the books. However, it was easy to spot the dominant, control freak that Christian wanted to play in Anastasia’s life.
The music picked for the audio helped set a mood and was paced well for the sex scenes but overall not very memorable. The setting was quite beautiful and captured Seattle in a way I wouldn’t know, since I’ve never been there but at first glance you would know it is Seattle. While there are bits of symbolism I could identify, Fifty Shades of Grey the film adaptation was at best flashy but not leave me excited for another film. I think I’ve read better fanfic hentai, just saying.

Posted by Mariah Bonifacio at 9:54 PM